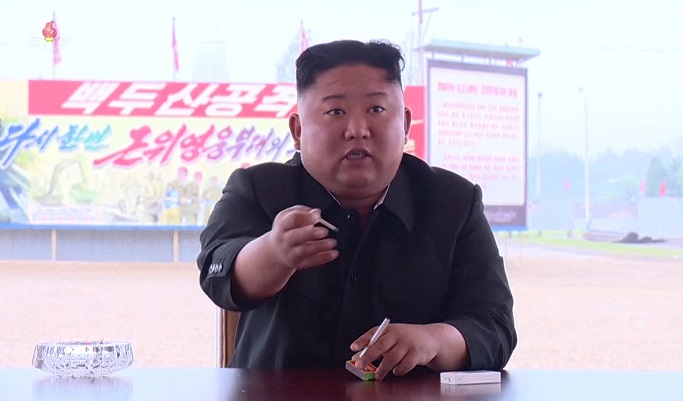 SEOUL, Nov. 11 (Korea Bizwire) — North Korea’s state news agency on Wednesday highlighted the hazards of smoking, saying the habit could increase the chances of getting infected with the new coronavirus.

North Korea’s media outlets have intensified calls for people to stop smoking since Pyongyang held a parliamentary meeting and adopted an anti-smoking law earlier this month.

“Since the new coronavirus comes mostly through the airway and lung, smokers have more likelihoods of getting infected with the viciously infectious disease.”

The KCNA pointed out the hazards of secondhand smoking as well, saying that it is killing around 1 million kids across the world every year.

Cigarette butts were also cited as a major environmental concern since they take up to 10 years to decompose and can cause forest fires.

The KCNA said North Korea has taken a series of anti-smoking measures recently, which it said is in line with a global trend.

On Nov. 4, North Korea held a meeting of the Presidium of the Supreme People’s Assembly and adopted an anti-smoking law that specifies places and buildings where smoking is prohibited.

The newly adopted law raised questions about whether it will also be applied to North Korean leader Kim Jong-un, who is known to be a chain smoker. State media frequently runs photos of him carrying cigarettes in public.

Overall smoking rates in North Korea remain high. According to a report, smoking rates especially among men in the North stood at 43.9 percent in 2014.