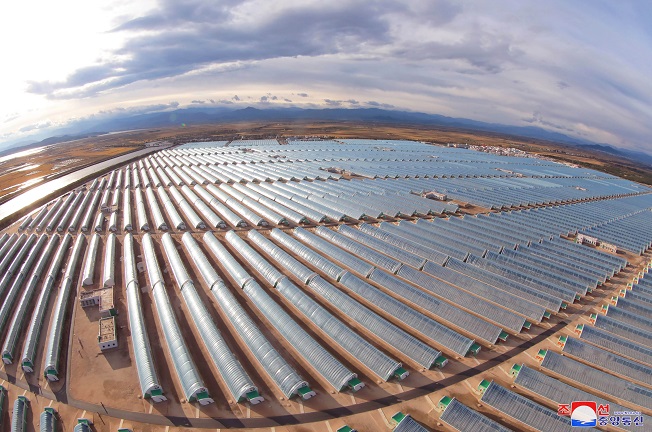 SEOUL, Dec. 2 (Korea Bizwire) — North Korea has modernized agricultural facilities in a bid to help tackle its food shortage as it seeks to achieve its economic goals set for this year, according to Pyongyang’s state media Friday.

The North has modernized livestock breeding farms in the northeastern border city of Rason, along with the construction of related facilities for feed and others, according to the Korean Central News Agency (KCNA).

The KCNA also reported the country has held a ceremony to mark the completion of aquaculture-related facilities in the eastern coastal city of Wonsan.

The move appears to be aimed at attaining this year’s economic goals by the end of the year, with North Korean leader Kim Jong-un prioritizing improving people’s livelihoods amid chronic food shortages worsened by COVID-19 border controls and global sanctions.

North Korea said Thursday it will hold a plenary meeting of the ruling Workers’ Party of Korea in late December to review this year’s achievements and discuss plans for the new year.

The North’s leader could use the upcoming session as a venue to deliver a major speech to replace his annual New Year’s Day address.

“The government is monitoring relevant situations as the North did not unveil details of the agenda for the meeting,” Lee Hyo-jung, deputy spokesperson of Seoul’s unification ministry, said at a regular press briefing.