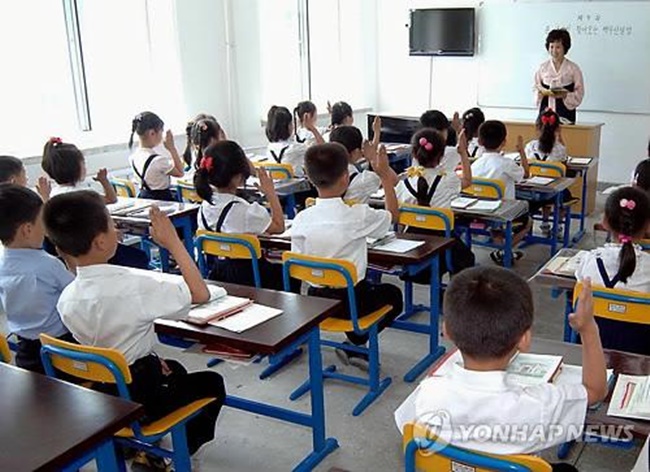 “The 12-year obligatory school system will be enforced on a full scale this year,” the Rodong Sinmun, a daily of the North’s ruling Workers’ Party, said in a commentary titled “Proud Achievements That Party’s Love for Future Generation and Emphasis on Education Have Made.”

The North Korean parliament approved the 12-year system during its session in September 2012, with North Korean leader Kim Jong-un present. But its implementation has been put off so far due apparently to a lack of resources.

Currently, North Korean students are required to spend 11 years in school — one year in kindergarten, four years in elementary school and six years in secondary school.

In 2014, the North announced that it would introduce the 12-year system from a semester that begins in April.

In January last year, however, Chosun Sinbo, a newspaper of a Tokyo-based organization of pro-Pyongyang Korean residents in Japan reported that the North would put the new system into practice from April 1, citing a ranking North Korean education official.

“Kim Jong-un is deeply interested in the new education system in order to nurture a future group loyal to him,” said Yang Moo-jin, a professor at the University of North Korean Studies in Seoul.