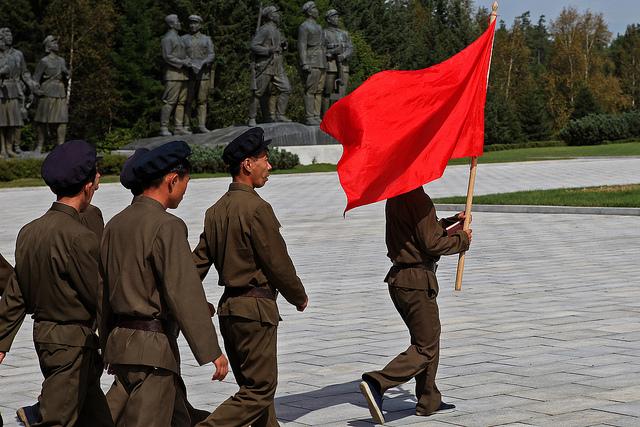 It said that North Korea appears to be controlling an influx of outside information as Seoul resumed its anti-Pyongyang loudspeaker broadcasts last year. (image: Flickr/ Roman Harak)

SEOUL, Aug. 23 (Korea Bizwire) – The use of mobile phones and computers by North Koreans declined from a year earlier as the communist country has tightened its control over people in recent years, a report showed Tuesday.

The usage of mobile phones by North Koreans reached 46.4 percent in 2016, down from 55.5 percent tallied in 2015, according to the report by Seoul National University’s Institute for Peace and Unification Studies.

The report was written based on a survey conducted between June and August of 138 North Koreans who have fled the communist country since last year.

It said that North Korea appears to be controlling an influx of outside information as Seoul resumed its anti-Pyongyang loudspeaker broadcasts last year.

The report showed that North Korea seems to focus on pressing its people to show loyalty to leader Kim Jong-un as part of its campaign to tighten surveillance.

North Korea has intensified its border control and imposed stronger punishment on those who are caught fleeing the repressive country, according to a report by a South Korean think tank released in April.

According to the state-run Korea Institute for National Unification (KINU), the country has strengthened punishment against those caught using mobile phones. The report added that Pyongyang is cracking down on smuggled DVDs containing South Korean movies and dramas.