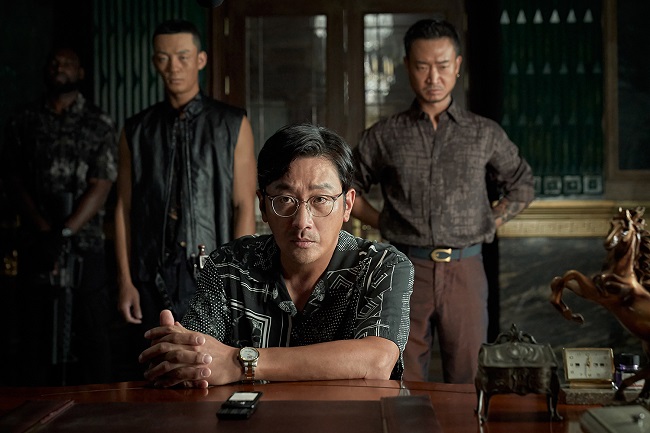 This image provided by Netflix shows a scene in “Narco-Saints.”

The undercover crime thriller, released on Sept. 9, marked 62.7 million hours of viewing for the week of Sept. 12-18 to lead the official top 10 list for non-English TV programs available on the service, according to Netflix on Wednesday.

The six-part series about a businessman who takes undercover missions to capture a drug kingpin in a South American country is the ninth Korean-language show that has topped the weekly chart for the category, including the global sensation “Squid Game” (2021) and “All of Us Are Dead” (2022).

The series made the top 10 on the most-watched non-English TV show table in 82 countries over the one-week period and topped the list in 18 nations, including South Korea, India and Taiwan.

“Woo” dropped to fourth place with a viewership of 22 million hours, staying on the popularity list for 11 weeks in a row.

The Korean soap opera “Young Lady and Gentleman” was viewed for 18.5 million hours over the cited period to finish fifth, while the mystery drama “Little Women” landed at No. 9 on its second week of release with 13 million hours.