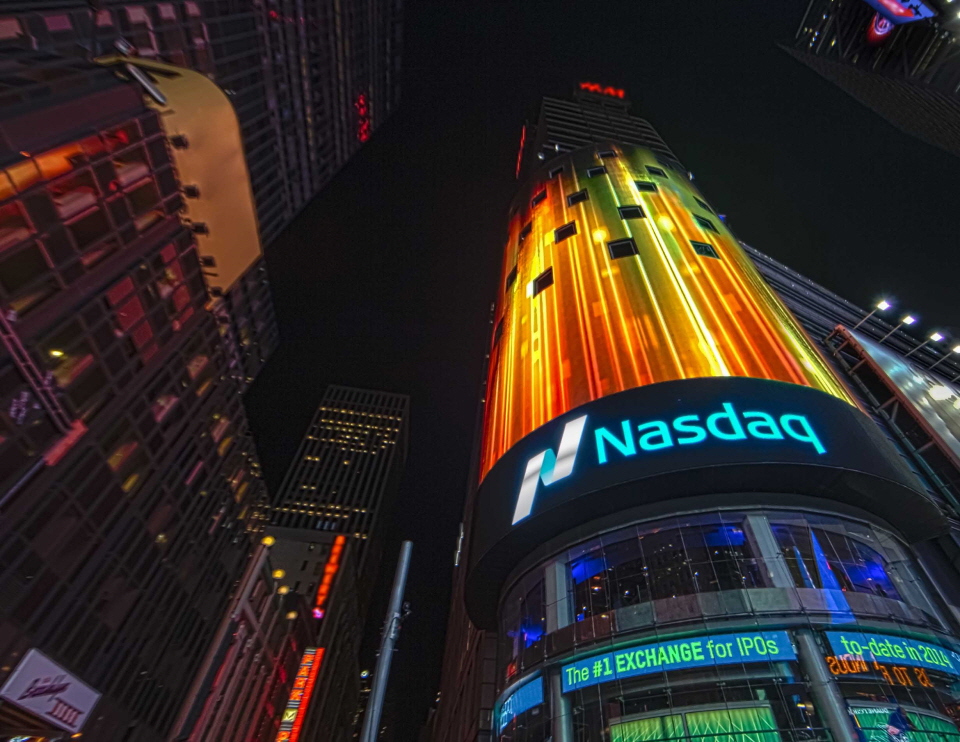 NEW YORK, Jan. 28 (Korea Bizwire) — Nasdaq, Inc. (Nasdaq:NDAQ) today reported record results for the fourth quarter and full year of 2015.  Fourth quarter net revenues were $536 million, up 4% from $517 million in the prior year period, driven by a $37 million positive impact from operations, partially offset by a $18 million negative impact of changes in foreign exchange rates.  On an organic basis, excluding the impact of changes in foreign exchange rates and acquisitions, total fourth quarter net revenues were up 5%, while across the non-trading segments, organic revenue growth was 8%.

“Over the last several years, we have built a strategic portfolio of businesses that provide a level of resiliency through significant non-transaction revenue streams and scale potential through a strong global trading franchise,” said Bob Greifeld, CEO, Nasdaq.  “In the fourth quarter of 2015, market volatility and macro uncertainty have risen at the same time our non-transaction businesses have produced strong organic growth.  These factors combined with our inherent operating leverage and disciplined capital deployment have delivered record results and attractive earnings growth to our shareholders.”

Mr. Greifeld continued, “Our performance is a reflection of a relentless focus on better serving our corporate issuer and investment community customers across a broad offering of products and solutions.  Through our commodities platform we are working to create more efficient trading opportunities in key U.S. energy products, our new investor relations platform is working to transform the workflow and productivity of corporate officers, and in the private market we are looking to expand and enhance the equity management and liquidity offerings of private companies.  Executing against this wide-ranging set of opportunities advances our clients’ objectives and improves our competitive position.”

On a non-GAAP basis, fourth quarter 2015 operating expenses were $285 million, up 2% as compared to the prior year quarter, due to higher organic spend and the impact of the Dorsey Wright Associates, LLC, or DWA, acquisition partially offset by the favorable impact of changes in foreign exchange rates.  On a GAAP basis, operating expenses were $290 million in the fourth quarter of 2015, compared to $344 million in the prior year quarter.

“The fourth quarter capped a year of significant cash flow generation, and we continued to apply our return on invested capital based discipline to directing capital deployment,” said Lee Shavel, EVP and CFO, Nasdaq.  “I’m pleased we were able to deliver the majority of non-GAAP income back to shareholders, in both the fourth quarter and the full-year, while simultaneously finding opportunities to deploy very meaningful levels of capital towards internal investments like NFX and our blockchain initiatives, as well as on selected acquisitions, such as the DWA index and analytics business, all while remaining within our targeted leverage profile.”

Please refer to our reconciliation of GAAP to non-GAAP net income, diluted earnings per share, operating income and operating expenses included in the attached schedules.

The company repurchased 1.2 million shares, or $67 million of common stock, in the fourth quarter of 2015 at an average price of $56.58.  At December 31, 2015, there is $159 million remaining under the board authorized share repurchase program.

Market Services (36% of total net revenues) - Net revenues were $195 million in the fourth quarter of 2015, down $6 million when compared to $201 million in the fourth quarter of 2014.  The $6 million year-over-year decrease reflects a $2 million operational increase, which was more than offset by an $8 million decrease due to changes in foreign exchange rates.

Information Services (24% of total net revenues) – Revenues were $127 million in the fourth quarter of 2015, up $14 million from the fourth quarter of 2014.  The $14 million year-over-year increase reflects an $8 million organic increase and a $9 million increase from the acquisition of DWA, which was partially offset by a $3 million decrease due to changes in foreign exchange rates.

Data Products (18% of total net revenues) – Data products revenues were $98 million in the fourth quarter of 2015, up $7 million compared to the fourth quarter of 2014, as increased revenue from proprietary and shared tape revenue plans as well as the inclusion of revenue associated with the DWA acquisition were partially offset by the negative impact of changes in foreign exchange rates.

Listing Services (13% of total net revenues) – Revenues were $68 million in the fourth quarter of 2015, up $7 million compared to the fourth quarter of 2014.  The $7 million year-over-year increase reflects a $9 million operational increase partially offset by a $2 million decrease due to changes in foreign exchange rates.  The operational improvement is due to certain pricing actions and increases in the number of both U.S. and European listed companies.

Nasdaq (Nasdaq:NDAQ) is a leading provider of trading, clearing, exchange technology, listing, information and public company services across six continents. Through its diverse portfolio of solutions, Nasdaq enables customers to plan, optimize and execute their business vision with confidence, using proven technologies that provide transparency and insight for navigating today’s global capital markets. As the creator of the world’s first electronic stock market, its technology powers more than 70 marketplaces in 50 countries, and 1 in 10 of the world’s securities transactions. Nasdaq is home to more than 3,700 listed companies with a market value of approximately $9.6 trillion and nearly 10,000 corporate clients.  To learn more, visit: nasdaq.com/ambition or business.nasdaq.com.

Information set forth in this communication contains forward-looking statements that involve a number of risks and uncertainties.  Nasdaq cautions readers that any forward-looking information is not a guarantee of future performance and that actual results could differ materially from those contained in the forward-looking information.  Such forward-looking statements include, but are not limited to (i) projections relating to our future financial results, growth, trading volumes, products and services, order backlog, taxes and achievement of synergy targets, (ii) statements about the closing or implementation dates and benefits of certain strategic, restructuring, technology, de-leveraging and capital return initiatives, (iii) statements about our integrations of our recent acquisitions, (iv) statements relating to any litigation or regulatory or government investigation or action to which we are or could become a party, and (v) other statements that are not historical facts.  Forward-looking statements involve a number of risks, uncertainties or other factors beyond Nasdaq’s control.  These factors include, but are not limited to, Nasdaq’s ability to implement its strategic initiatives, economic, political and market conditions and fluctuations, government and industry regulation, interest rate risk, U.S. and global competition, and other factors detailed in Nasdaq’s filings with the U.S. Securities and Exchange Commission, including its annual reports on Form 10-K and quarterly reports on Form 10-Q which are available on Nasdaq’s investor relations website at http://ir.nasdaq.com and the SEC’s website at www.sec.gov.  Nasdaq undertakes no obligation to publicly update any forward-looking statement, whether as a result of new information, future events or otherwise.