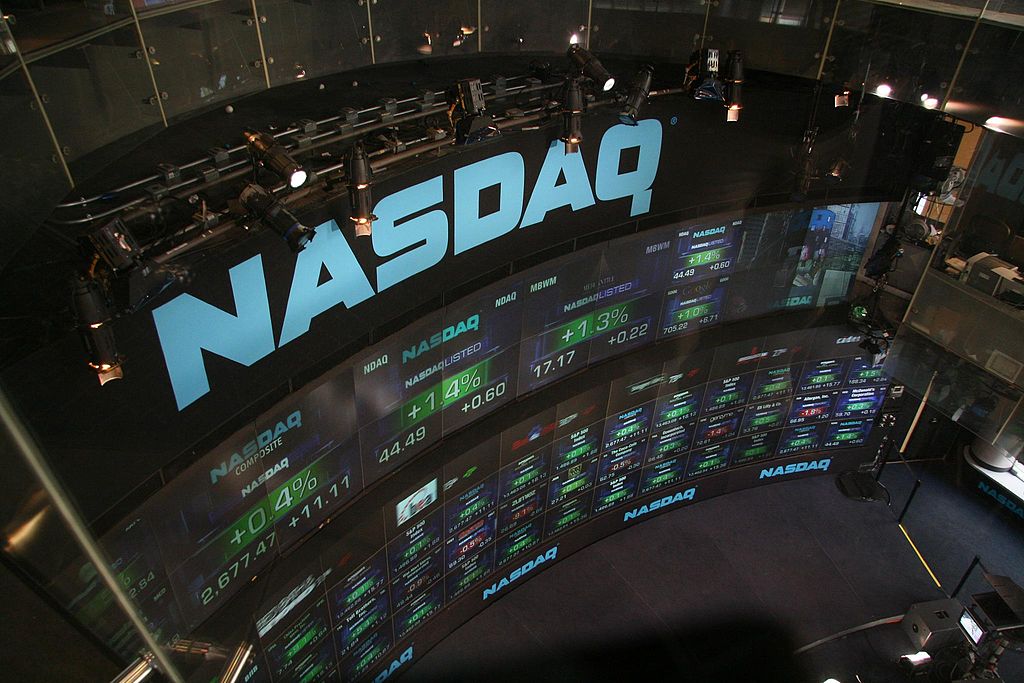 “I’m pleased Nasdaq was able to set new highs in terms of operating income and EPS, and deliver continued strong organic revenue growth across the non-transactional businesses, despite a challenging trading volume environment,” said Adena T. Friedman, President and CEO, Nasdaq. “Importantly, we are seeing growth in areas where we’ve invested materially to innovate for the benefit of our clients, bringing them new or enhanced capabilities and efficiencies, in particular in the Market Technology, Information Services and Corporate Solutions businesses.”

Ms. Friedman continued, “We have made significant early progress towards our 2017 execution priorities.  We have improved our competitive position, as evidenced by higher market share in several key trading markets, progressed on our acquisition integrations, and continued our efforts to commercialize key disruptive technologies, as illustrated by early sales success of the Nasdaq Financial Framework, our next generation Market Technology offering.”

Non-GAAP operating expenses were $306 million in the first quarter of 2017, up $26 million from $280 million in the first quarter of 2016. This increase reflects $22 million of incremental operating expenses from the acquisitions closed in 2016 as well as $7 million due to organic growth, partially offset by a $3 million favorable impact from foreign exchange rate changes.

“We are making significant progress executing against our acquisition integration plans, and we remain on pace to hit our synergy target of $60 million by the end of 2017,” said Michael Ptasznik, Executive Vice President and Chief Financial Officer, Nasdaq.

Mr. Ptasznik continued, “We are continuing Nasdaq’s strong track record on capital returns to shareholders with the announced 19% increase in our quarterly dividend and material first quarter share repurchases, the latter expected to largely offset the dilutive impact of equity-based compensation and other commitments in 2017.”

2 Represents revenues from our Corporate Services, Information Services and Market Technology segments, as well as our Trade Management Services business.

As discussed on our prior quarterly call, both GAAP and non-GAAP net income and EPS comparisons to the prior year period benefited from the 2017 adoption of ASU 2016-091, which in the first quarter of 2017 reduced the effective tax rate on our income statement, adding $0.13 to diluted EPS for the first quarter of 2017.  Cash tax payments were not affected by the change.

During the first quarter of 2017, the company repurchased 2.2 million shares of common stock for a total cost of $156 million.  As of March 31, 2017, there was $273 million remaining under the board authorized share repurchase program.

1 In the first quarter of 2017, we adopted new accounting guidance which requires us to recognize the tax effect related to the vesting of share-based awards in income tax expense in the statements of income rather than in equity.

2 U.S. GAAP operating expense guidance is not provided due to the inherent difficulty in quantifying certain amounts due to a variety of factors including the unpredictability in the movement in foreign currency rates, as well as future charges or reversals outside of the normal course of business.

Cash Equities (10% of total net revenues) – Net cash equity trading revenues were $61 million in the first quarter of 2017, down $9 million from the first quarter of 2016. This decrease primarily reflects lower industry trading volumes, partially offset by the inclusion of net revenues associated with the acquisition of Nasdaq CXC in February 2016.

Corporate Solutions (16% of total net revenues) – Corporate solutions revenues were $95 million in the first quarter of 2017, up $18 million from the first quarter of 2016. The increase was due to the inclusion of $16 million of revenues from the Marketwired and Boardvantage acquisitions and $2 million of organic revenue growth, primarily in public and investor relations.

Index Licensing and Services (5% of total net revenues) – Index licensing and services revenues were $30 million in the first quarter of 2017, up $2 million from the first quarter of 2016.  The revenue increase is due to the inclusion of revenues from the ISE acquisition and higher assets under management in exchange traded products linked to Nasdaq indexes, partially offset by lower revenue from derivative products licensing Nasdaq indexes due to lower trading volumes.

Nasdaq (Nasdaq:NDAQ) is a leading global provider of trading, clearing, exchange technology, listing, information and public company services. Through its diverse portfolio of solutions, Nasdaq enables customers to plan, optimize and execute their business vision with confidence, using proven technologies that provide transparency and insight for navigating today’s global capital markets. As the creator of the world’s first electronic stock market, its technology powers more than 89 marketplaces in 50 countries, and 1 in 10 of the world’s securities transactions. Nasdaq is home to 3,800 total listings with a market value of $11.0 trillion. To learn more, visit: nasdaq.com/ambition or business.nasdaq.com.

In addition to disclosing results determined in accordance with U.S. GAAP, Nasdaq also discloses certain non-GAAP results of operations, including, but not limited to, net income attributable to Nasdaq, diluted earnings per share, operating income, and operating expenses, that include certain adjustments or exclude certain charges and gains that are described in the reconciliation table of U.S. GAAP to non-GAAP information provided at the end of this release. Management uses this non-GAAP information internally, along with U.S. GAAP information, in evaluating our performance and in making financial and operational decisions. We believe our presentation of these measures provides investors with greater transparency and supplemental data relating to our financial condition and results of operations. In addition, we believe the presentation of these measures is useful to investors for period-to-period comparisons of results as the items described below do not reflect ongoing operating performance.

These measures are not in accordance with, or an alternative to, U.S. GAAP, and may be different from non-GAAP measures used by other companies. Investors should not rely on any single financial measure when evaluating our business. We recommend investors review the U.S. GAAP financial measures included in this earnings release. When viewed in conjunction with our U.S. GAAP results and the accompanying reconciliations, we believe these non-GAAP measures provide greater transparency and a more complete understanding of factors affecting our business than U.S. GAAP measures alone.

We understand that analysts and investors regularly rely on non-GAAP financial measures, such as non-GAAP net income attributable to Nasdaq, non-GAAP diluted earnings per share, non-GAAP operating income and non-GAAP operating expenses to assess operating performance. We use these measures because they highlight trends more clearly in our business that may not otherwise be apparent when relying solely on U.S. GAAP financial measures, since these measures eliminate from our results specific financial items, such as those described below, that have less bearing on our ongoing operating performance.

Merger and strategic initiatives expense: We have pursued various strategic initiatives and completed a number of acquisitions in recent years which have resulted in expenses which would not have otherwise been incurred. These expenses generally include integration costs, as well as legal, due diligence and other third party transaction costs. The frequency and the amount of such expenses vary significantly based on the size, timing and complexity of the transaction. Accordingly, we exclude these costs for purposes of calculating non-GAAP measures which provide a more meaningful analysis of Nasdaq’s ongoing operating performance or comparisons in Nasdaq’s performance between periods.

Other significant items: We have excluded certain other charges or gains that are the result of other non-comparable events to measure operating performance. For 2016, other significant items primarily included accelerated expense due to the retirement of the company’s former CEO for equity awards previously granted, a regulatory fine received by our exchange in Stockholm and Nasdaq Clearing, a sublease loss reserve on space we currently occupy due to excess capacity, and the impact of the write-off of an equity method investment, partially offset by a gain resulting from the sale of a percentage of a separate equity method investment.

Foreign exchange impact: In countries with currencies other than the U.S. dollar, revenues and expenses are translated using monthly average exchange rates. Certain discussions in this release isolate the impact of year-over-year foreign currency fluctuations to better measure the comparability of operating results between periods. Operating results excluding the impact of foreign currency fluctuations are calculated by translating the current period’s results by the prior period’s exchange rates.

Information set forth in this communication contains forward-looking statements that involve a number of risks and uncertainties. Nasdaq cautions readers that any forward-looking information is not a guarantee of future performance and that actual results could differ materially from those contained in the forward-looking information.  Such forward-looking statements include, but are not limited to (i) projections relating to our future financial results, total shareholder returns, growth, trading volumes, products and services, order backlog, taxes and achievement of synergy targets, (ii) statements about the closing or implementation dates and benefits of certain acquisitions and other strategic, restructuring, technology, de-leveraging and capital return initiatives, (iii) statements about our integrations of our recent acquisitions, (iv) statements relating to any litigation or regulatory or government investigation or action to which we are or could become a party, and (v) other statements that are not historical facts. Forward-looking statements involve a number of risks, uncertainties or other factors beyond Nasdaq’s control. These factors include, but are not limited to, Nasdaq’s ability to implement its strategic initiatives, economic, political and market conditions and fluctuations, government and industry regulation, interest rate risk, U.S. and global competition, and other factors detailed in Nasdaq’s filings with the U.S. Securities and Exchange Commission, including its annual reports on Form 10-K and quarterly reports on Form 10-Q which are available on Nasdaq’s investor relations website at http://ir.nasdaq.com and the SEC’s website at www.sec.gov. Nasdaq undertakes no obligation to publicly update any forward-looking statement, whether as a result of new information, future events or otherwise.

Nasdaq intends to use its website, ir.nasdaq.com, as a means for disclosing material non-public information and for complying with SEC Regulation FD and other disclosure obligations. These disclosures will be included on Nasdaq’s website under “Investor Relations.”