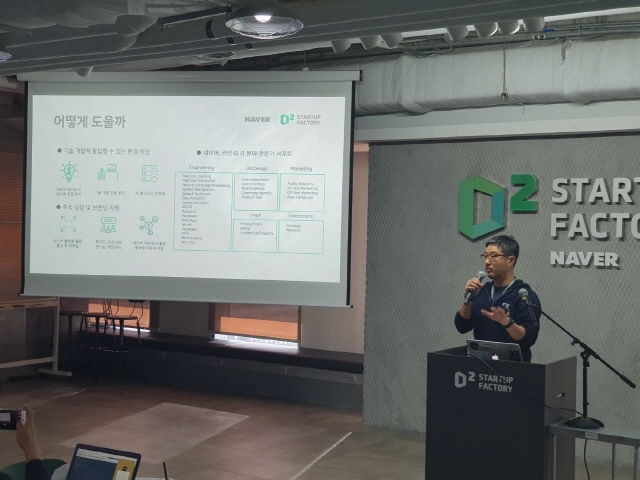 SEOUL, Oct. 18 (Korea Bizwire) — An accelerator for tech startups operated by the country’s largest internet portal operator Naver Inc. said Friday that it has made new investments in three promising startups, as part of its ongoing efforts to support promising entrepreneurs.

Naver’s D2 Startup Factory, also known as D2SF, said that it has selected the three startups in the fields of artificial intelligence (AI), digital health care and mobility for its accelerator program.

The amount of investment has not been disclosed.

“The three startups have distinguished technology and business skills,” said Yang Sang-whan, an official in charge of D2SF. “We will continue to support them so that they can further grow and explore ways to grow together.”

Since 2015, Naver has supported promising entrepreneurs with advanced technological skills. A total of 35 startups have so far qualified for the Naver’s accelerator program out of more than 2,000 applicants.

Among the startups is Espresso Media that utilizes deep learning, a type of AI technology, to convert low-resolution images and videos into high-resolution ones.

“We currently offer the solution to major media outlets and plan to cooperate with global manufacturers so that our technology can be directly applied to video and image equipment,” CEO Lee Ki-su said.

Soundable Health is a digital health company that uses sounds from patients to prevent diseases and monitor health conditions through a mobile app named PRIVY.

The app helps people monitor their urinary health by recording the sound of urine flow to measure the frequency and speed by using AI and sound analytics.

“PRIVY is the only one of its kind and uses a smartphone to record the sound of urine flow,” said Catherine Song, founder and CEO.

PRIVY can be downloaded through both the Google Play Store and iPhone App Store, Song said. The company aims to tap deeper into the multibillion dollar U.S. urinary health monitoring market.

“We plan to expand the service to other diseases based on our own developed AI sound analysis technology,” she said.