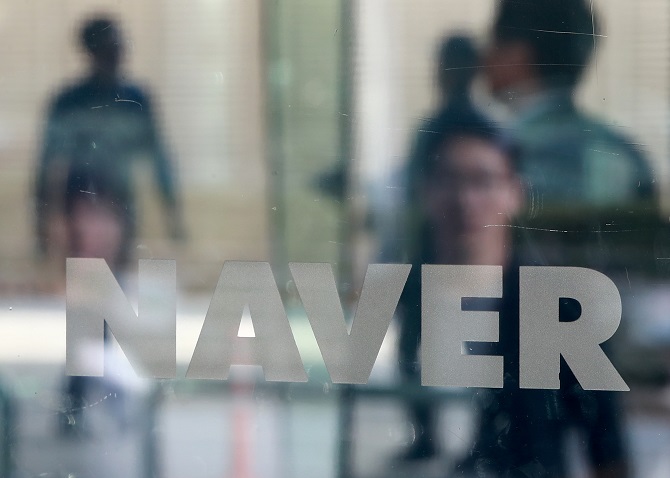 The company said in a regulatory filing that its sales reached 2.05 trillion won for the July-September period, up 19.1 percent from 17.3 trillion won the previous year.

It is the first time that Naver posted more than 2 trillion won in sales since the third quarter in 2021, when the Korean company completed the business integration of its messaging firm Line Corp. in Japan with Yahoo Japan.

The earnings fell behind market expectations. The average estimate of net profit by analysts stood at 298.8 billion won, according to a survey by Yonhap Infomax, the financial data firm of Yonhap News Agency.

Naver said the stellar performance for the third quarter was led by brisk sales in content and commerce sectors.

Content sales skyrocketed 77.3 percent to 311.9 billion won over the same period due to increased global demand for its webtoons. Revenue from its webtoon business gained 18.1 percent from a year earlier.

Revenue from Naver’s commerce business in the first quarter jumped 19.4 percent on-year to 458.3 billion won thanks to an expansion in its new shopping services, such as Brand Store.