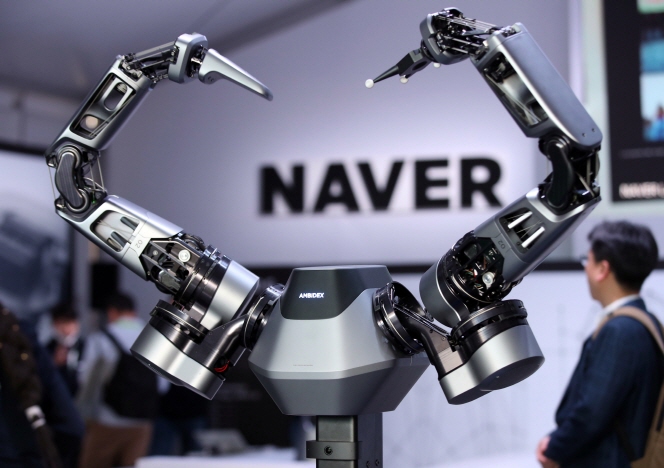 The robot arm “AMBIDEX,” developed by Naver Labs, the R&D center of Internet portal Naver, forms the shape of a heart while performing various movements at the company’s exhibit for the Consumer Electronics Show in Las Vegas that opened on Jan. 8, 2019. (Yonhap)

SEOUL, Aug. 20 (Korea Bizwire) — Naver Labs, the research arm of internet giant Naver Corp., said Thursday that it will introduce the world’s first 5G ‘brainless’ robot technology at the company’s second headquarters building, aimed for completion by the end of this year.

It aims to start out by synchronizing the 5G network with the ARCAI-Robot-Cloud system to control multiple robots within a large compound.

The government plans to introduce 5G exclusive bandwidth in November.

Once it does, companies and agencies will be able to set up their own 5G networks without mobile carriers.