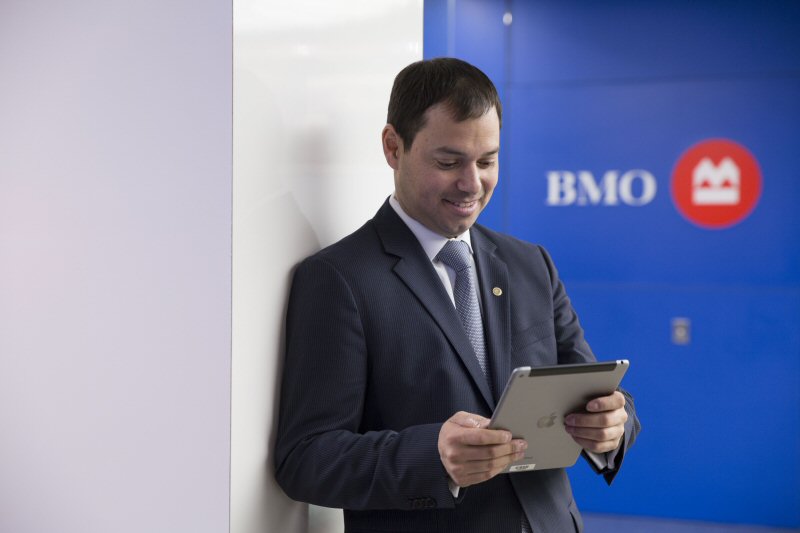 The report, conducted by Pollara, revealed how tablet users are integrating their mobile tools into their day to day routines (photo courtesy of BMO)

TORONTO, ONTARIO, Feb. 13 (Korea Bizwire) – According to a BMO Bank of Montreal survey, 43 per cent of Canadians now own a tablet device and many of them are using them to stay organized and conduct daily activities while on the go – including banking and investing.

The report, conducted by Pollara, revealed how tablet users are integrating their mobile tools into their day to day routines:

“Today, customers expect to have online tools that allow them to manage all aspects of their day-to-day lives, from streamlining their retail shopping to staying on top of their investments while on the go,” said Cesar Rainusso, Vice President & Head of Digital Channels, BMO Financial Group. “We know our customers value access to their finances from mobile devices. In fact, we’ve seen adoption for these tools increase by approximately 60 per cent in the past year alone.”

In fact, a previous BMO survey of how Millennials are using mobile apps to manage their finances revealed:

BMO Banking & InvestorLine is available for free from the App Store on iPad or at AppStore.com/BMOFinancialGroup.

To learn more on how the BMO Banking & InvestorLine app can help you easily manage both your banking and self-directed investing needs, please click here.

The survey results cited in the Tablet Study conducted by Pollara are compiled from a random sample of 1201 Canadians 18 years of age and over between December 5th and 9th, 2014. A probability sample of this size would yield results accurate to ± 2.8 per cent, 19 times out of 20. Results have been weighted using the latest census data to be representative of Canadians as a whole.

Established in 1817 as Bank of Montreal, BMO Financial Group is a highly diversified financial services organization based in North America. The bank offers a broad range of retail banking, wealth management and investment banking products and services to more than 12 million customers. BMO Financial Group had total assets of $589 billion and more than 46,000 employees at October 31, 2014.