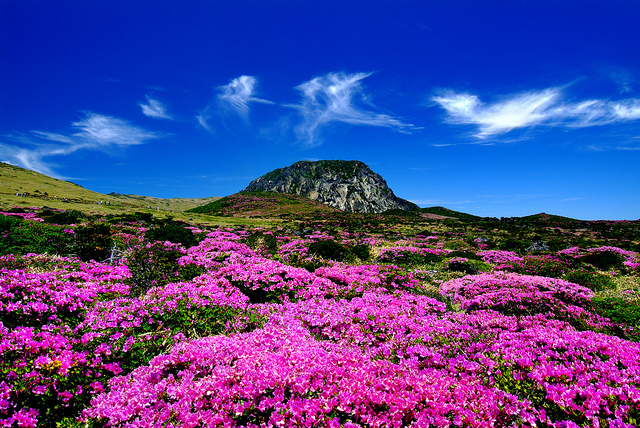 SEOUL, March 17 (Korea Bizwire) — Almost one out of two Chinese tourists to South Korea visited the southern resort island of Jeju in 2014 thanks to the accommodative visa policy and expansion of direct flights and cheap cruise packages, the state tourism agency said Tuesday.

A total of 6.12 million Chinese traveled to South Korea last year, up 41.6 percent from 2013, according to the Korea Tourism Organization (KTO).

The sub-tropical island with unique cuisine, where several popular South Korean dramas and movies were filmed, has become a must-see attraction for Chinese tourists after it exempted visas for them and provided convenient transportation with the expansion of direct air routes and cruises.

Unlike other parts of Korea, Chinese nationals can stay on Jeju without visas for up to 30 days. The special autonomous province also grants permanent residency to real estate investors who purchase property worth US$50,000 or more.

It is also close to major Chinese cities, taking an hour from Shanghai and two and half hours from Beijing by flight.