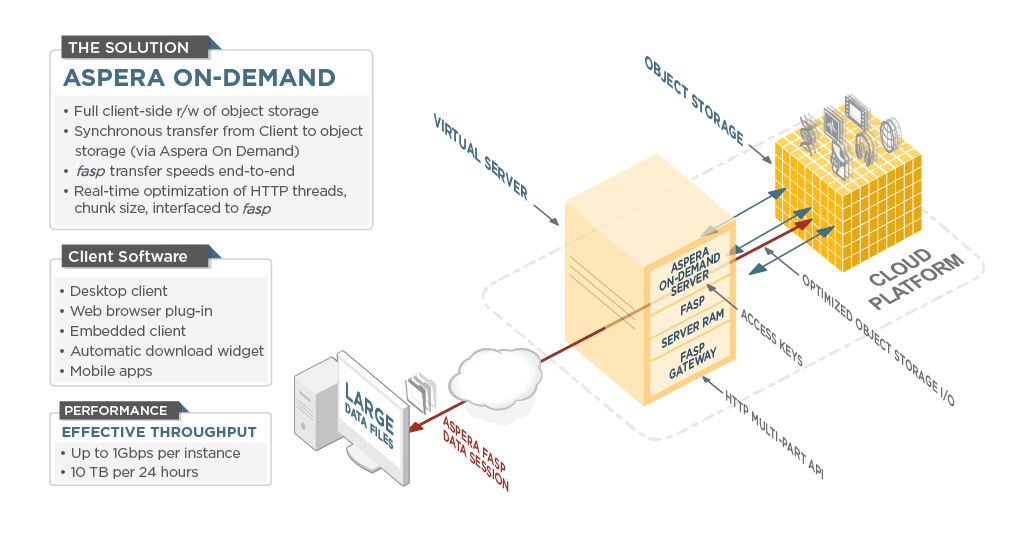 ARMONK, N.Y., Jul. 12 (Korea Biziwre) — IBM (NYSE:IBM) today announced that Network Ten, an Australian commercial broadcasting network, has successfully implemented the Aspera On Demand (AOD) solution from Aspera, an IBM company, for cloud-based delivery of promotional content for the inaugural Australian spinoff of the television show I’m a Celebrity… Get Me Out of Here!

Over the course of three months, Network Ten needed to move large content packages containing clips and other promotional materials each day from the shooting location in South Africa to Network Ten’s editors in Sydney, Australia. However, the show’s distant and isolated filming location in the South African jungle posed some major challenges for the broadcaster, requiring editors to deliver large video files intercontinentally over poor network conditions and with a lack of infrastructure that was not conducive to file transfer.

Despite the difficult circumstances, Aspera’s patented FASP(R) technology was able to achieve the fast, stable and secure transfer of promos to Network Ten’s headquarters in Sydney after each day of filming wrapped up. Up to 10 files per day were delivered via Aspera, with each file reaching 20 to 60 GB.

Aspera’s subscription-based faspex On Demand enabled Network Ten to tap into the cloud-based resources they needed throughout the three-month project and to then scale back those resources after the show’s completion.

The solution streamlined Network Ten’s workflow, enabling promo editors in South Africa to deliver packaged clips at high speed to editors in Sydney, where files were automatically downloaded via Aspera Cargo and ready to be polished and finalised before airing on the network.

Aspera was able to relieve many of the pain points Network Ten had experienced previously with standard FTP transfers. During initial testing, Aspera was able to maintain 25 Mbps speeds consistently by fully utilising available bandwidth. Sending the same file with FTP resulted in rates of less than 2 Mbps and was prone to peaks and valleys throughout the transfer.

Security was also a big concern, and it was crucial that any materials related to this popular show be kept safe and confidential. Network Ten benefited from the protection offered by Aspera’s built-in security features, which include encryption in transit and at rest as well as user authentication.

“The speed in getting promo content here was paramount; we needed it straight away, and traditional FTP transfers weren’t cutting it for us,” said Juan Quintero, technology manager at Network Ten. “Several of our content producers use Aspera to deliver content to us, so it was the first solution we looked at and the obvious choice for our file delivery needs.”

“Aspera On Demand unlocks the full capabilities of the cloud by enabling users to move content with speed and security while maintaining the immense scalability and subscription-based model that make the cloud so desirable,” said John Wastcoat, VP of business development at Aspera. “In the future, whether it’s for the next season of I’m a Celebrity… Get Me Out of Here! or a different show, Network Ten can depend on Aspera to move their valuable video materials quickly and securely to any place they need to be, whether that’s around the globe or across town.”

Aspera will be demonstrating its complete portfolio of high-speed file transfer, sharing and exchange software including Aspera Files, a new SaaS offering for global large data sharing at the SMPTE Australia conference taking place in Sydney, July 14-17, at booth #A-06.

Aspera, an IBM company, is the creator of next-generation transport technologies that move the world’s data at maximum speed regardless of file size, transfer distance and network conditions. Part of IBM Cloud, Aspera software is powered by the Emmy(R)award-winning FASP(R)protocol to deliver the fastest, most predictable file-transfer, share and sync experience across on-premises, cloud, and hybrid infrastructure. Aspera’s core technology delivers unprecedented control over bandwidth, complete security and uncompromising reliability. Organisations across a variety of industries on six continents rely on Aspera software for the business-critical transport of their digital assets. Please visit http://www.asperasoft.com and follow us on Twitter @asperasoft for more information.