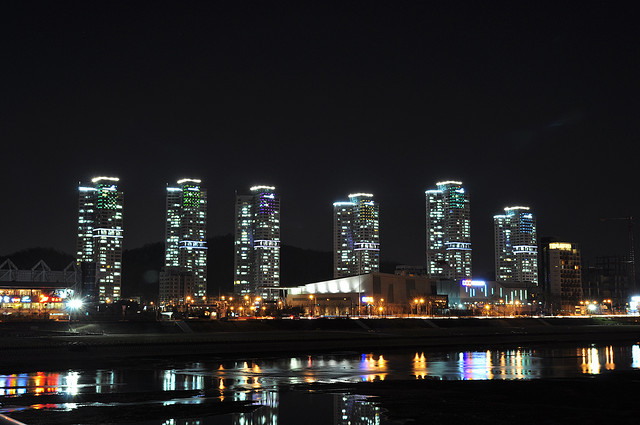 According to the revised rule, any newly built apartment unit in excess of 60 square meters (excluding common areas such as corridors) must be energy efficient by more than 40 percent from the level in 2009. (image: bluejuly1/flickr)

SEOUL, Nov. 4 (Korea Bizwire) — From now on, apartment builders will have to cut the energy consumption level of new buildings by 30-40 percent from that in 2009. The Ministry of Land, Infrastructure, and Transport said on November 3 that it would notify new standards on environmentally friendly housing units for three weeks between November 4 and 24.

According to the revised rule, any newly built apartment unit in excess of 60 square meters (excluding common areas such as corridors) must be energy efficient by more than 40 percent from the level in 2009. Previously the requirement was more than 30 percent.

For apartment homes less than 60 square meters, the new requirement will be more than 30 percent from 25 percent. The standards were set in 2009 when the minimum energy efficiency requirements for apartment heating, hot water, lighting, and ventilation were determined.

Accordingly, builders will have to improve the energy efficiency of apartment walls, windows, and boilers. In addition, the new rule will require more stringent standards on insulation for those units on top and bottom floors, window-to-wall ratio, and insulation for outer windows in the balcony. With the new standards, it is likely for apartment unit buyers (based on an 84-square-meter unit) to pay 1.04 million won more for building cost while saving 4.10 million won for energy bills for 40 years’ time.

The government plans to cut the energy consumption level by 60 percent in 2017 and 100 percent by 2025. To reach the goals, it is necessary to introduce a variety of alternative energy technologies such as solar and wind power, as well as state-of-the-art insulation and energy efficiency techniques.