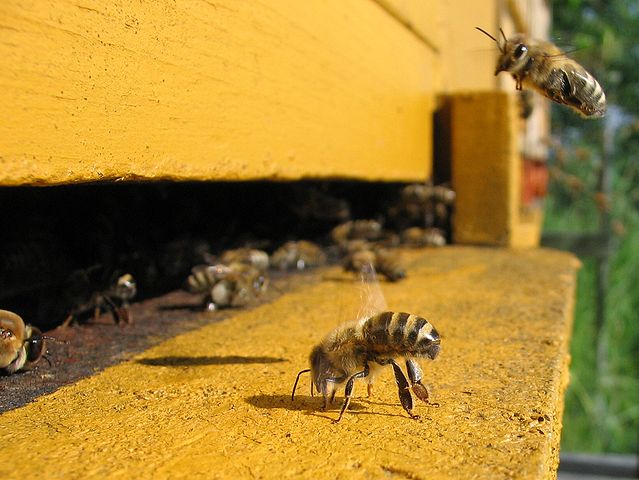 * Related article: [Kobiz Infographics] Where Have All the Bees Gone?

* Related article: RDA Imposes Ban on Use of Neonicotinoid Insecticides to Protect Bees

LONDON, March 21, 2014 (Korea Bizwire) – Bee Colony Collapse Disorder (CCD) is increasing with unknown cause(s).  There is no effective treatment or prevention of CCD.  Increasing loss of bee colonies since 2005 is resulting in the loss of bee pollination which poses a threat to food production worldwide.

Bioradar UK Ltd. announced today that the principal organisms associated to date with Colony Collapse Disorder (CCD) in bees, all have increased concentrations of a structure in their genes, which the Replikins scientists have named Beetoxingene™.  These CCD genes are related to the specific Replikin gene sequence structures previously described in which relate to infectivity and lethality (1-8).

In the present study, Bioradar software was used to analyze annually all the gene sequence data available on PubMed data bases,  independently for Replikins in each organism for which there is evidence of involvement in CCD in all pre-outbreak years available and in the years of the current CCD outbreaks 2005-2013. The genes of organisms such as Varroa Destructor mite, Nosema Cerenae fungus, and bee viruses including Sackbrood, Israeli, and Kashmir strains, were each independently found to have increased Replikin Counts, Beetoxingene Counts, at p<0.001 at the same times as the lethal CCD pandemic was occuring.  The highest Counts, up to over 10, were found in the genes of the bees themselves.

Most important, the increases in the bees and in each of the associated organisms was found to occur at the same times.  Annual mean Beetoxingene Counts (number per 100 amino acids) pre-outbreak, before CCD, in each of the organisms and in the bees were usually approximately 2.  Increases and peaks of Counts were observed during the CCD pandemic years both preceding and at the height of CCD attacks (see Figure).  The results in the Figure also show a correlation in time between  two cycles of independent peak Counts in the two organisms, Varroa Destructor and Sackbrood virus as well as in the bee gene.

you can see the infographic in full size at http://koreabizwire.com/kobiz-infographics-where-have-all-the-bees-gone/

Increase in Replikin and Beetoxingene Counts has been found to be related to lethality, and Replikins blockers and vaccines have been shown to act effectively against Replikins disorders. However, all of Koch’s Postulates for causality have not yet been fulfilled, and increased Beetoxingene Counts do not alone exclude other as yet unidentified CCD pathogens which carry Replikins in their genes.

These findings are the basis of specific solid phase synthetic Anti-Beetoxingene Blockers™ and Vaccines against CCD in bees like those found effective against H5N1 influenza virus in chickens and against Taura Syndrome Virus in shrimp.

The findings will be presented at the World Vaccine Congress at the Marriot Wardman Park Hotel Washington D.C. March 24th to 26th 2014.