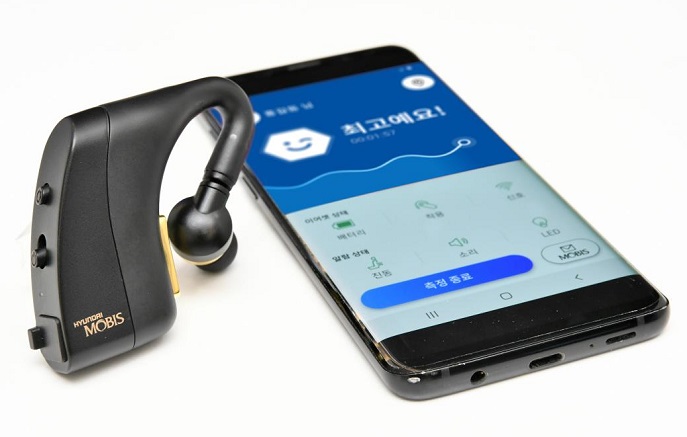 This photo provided by Hyundai Mobis shows its brainwaves based system, M.Brain.

SEOUL, July 22 (Korea Bizwire) — A South Korean company has developed an innovative self-driving technology that can detect a driver’s condition by measuring their brainwaves.

Auto parts maker Hyundai Mobis Co. said Wednesday that it had developed a brainwave-based driver monitoring system called M.Brain. Starting from this year, M.Brain will be tested on public buses in Gyeonggi Province.

This is the first time that brainwave measurement technology, an area with the highest difficulty among biometric signals, is has been employed in the automotive industry.

M.Brain is a monitoring system that measures the driver’s condition in real time by detecting their brainwaves through earpiece sensors.

At the core of the system is software technology that interprets the driver’s condition by analyzing brainwave information.

The system can be linked to a smartphone app and notify the driver when they are losing concentration.