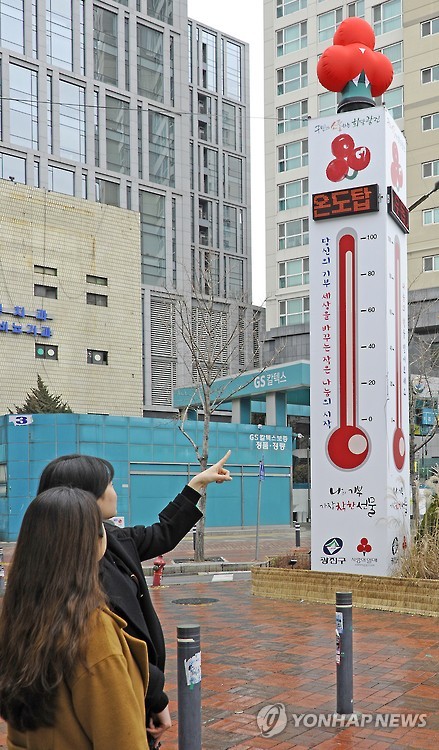 SEOUL, Dec. 26 (Korea Bizwire) – A new “thermometer of love” tower was erected on Monday in Gwangjin District, Seoul, to promote the district’s charity efforts for this winter.

The seven-meter-tall tower is one of many similar versions installed across the country, usually at the end and the beginning of the year, to promote healthy sharing culture and raise funds for various social endeavors.

The latest one installed in Gwangjin has a donation target of 1.02 billion won ($848,797), and has so far accumulated 760 million won with the thermometer showing 74.7 degrees Celsius.

“It’s a difficult time for everyone, but this culture of sharing is most needed in a time like this,” said Gwangjin District chief Kim Ki-dong. 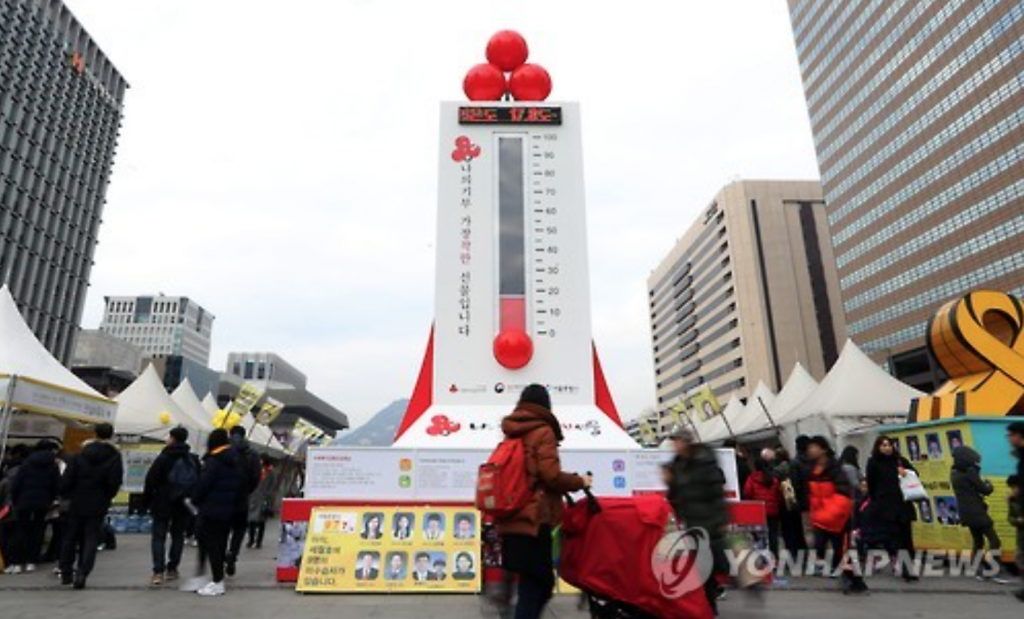 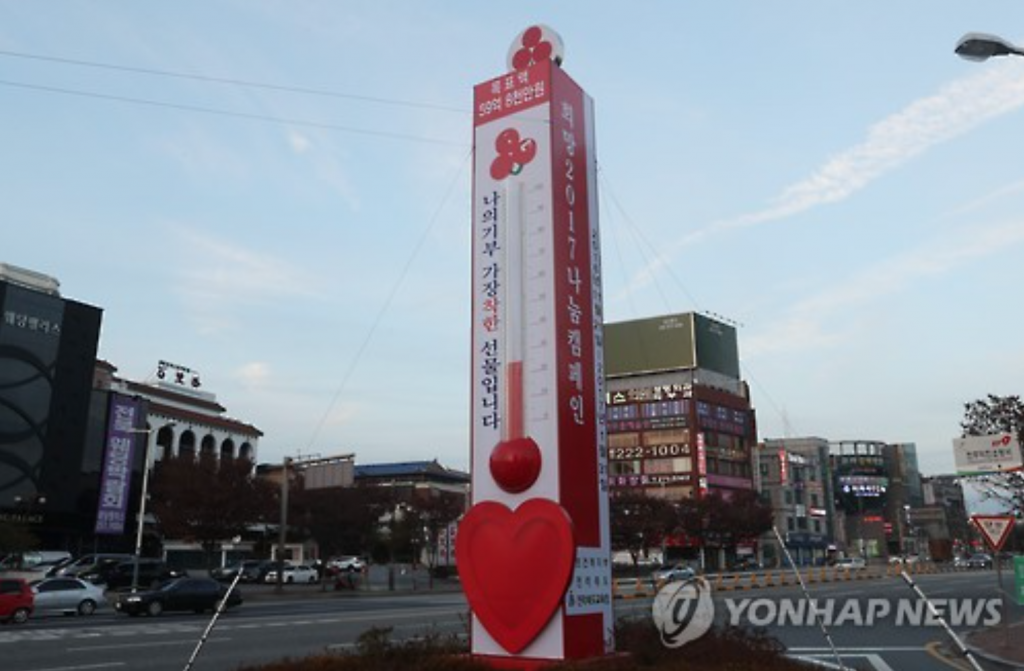 Thermometer of Love tower in Jeonju.