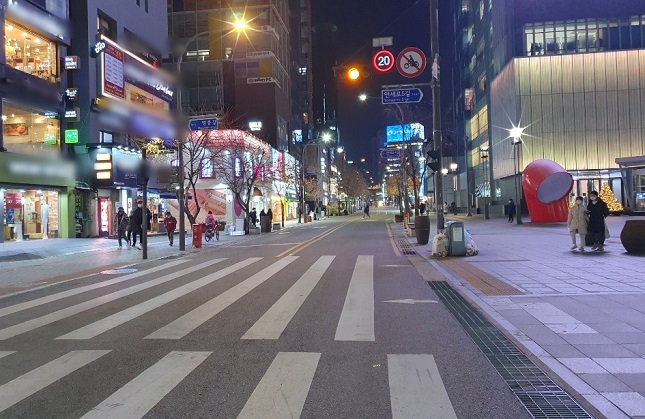 SEOUL, Nov. 21 (Korea Bizwire) – The number of daily new coronavirus cases in South Korea exceeded 300 for the fourth consecutive day Saturday due to sporadic cluster infections across the country, casting concerns over a third wave of the pandemic.

The country added 386 more COVID-19 cases, including 361 local infections, raising the total caseload to 30,403, according to the Korean Disease Control and Prevention Agency (KDCA).

The daily caseload has stayed in the triple digits since Nov. 8, with the figure exceeding 300 for the first time since late August on Wednesday with 313 cases. The country confirmed 343 cases on Thursday and 363 on Friday.

The accumulative number of infections topped the 30,000 mark Friday, 10 months after the country reported its first case on Jan. 20.

The South Korean health authorities said a third wave of virus infections is in progress in the greater Seoul area, following the first in February-March in Daegu and the second in August also in Seoul.

“We are at a crossroads as we experience a huge nationwide wave that may outclass the previous tides,” Lim Sook-young, a senior official of the KDCA, said.

“If we don’t stop the current pace of the spread, we might face 400 daily new cases next week and 600 next month,” she added. “The nation’s reproduction rate has already topped 1.5, meaning that one patient infects more than 1.5 people.”

The figure represents the number of people a patient is likely to infect and is a leading indicator of an epidemic.

The agency asked people to refrain from having unnecessary gatherings and meetings until the rapid spread of infections slows down.

They have put constant efforts to control cluster infections occurring sporadically across the nation linked to private gatherings, public facilities and hospitals.

The state-run social distancing level was raised by one notch to Level 1.5 under a new five-tier scheme in the greater Seoul and southern city of Gwangju for two weeks since Wednesday in order to prevent another wave of virus infections.

The city of Suncheon in South Jeolla Province, about 415 km southeast of Seoul, started to enforce Level 2 social distancing rules Friday as a precautionary move, becoming the first municipality in the country to enforce the third highest level.

Starting Saturday, the county of Hadong in South Gyeongsang Province, about 360 kilometers south of Seoul, also implemented Level 2 social distancing to prevent the further spread of the virus.

The KDCA said it is mulling heightening the level in the Seoul metropolitan area in the near future as the region has faced an average 175.1 daily new cases in the recent week. 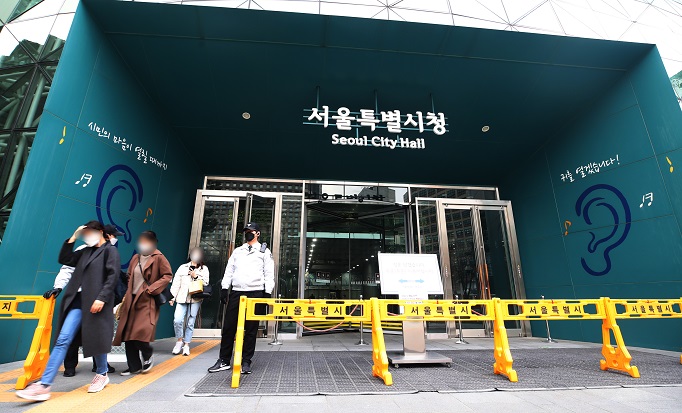 Of the 361 locally transmitted cases, 262 were identified in the capital area, home to half of the country’s 51 million population.

At the same time, the daily number of COVID-19 cases reported outside the greater Seoul area reached 99, including 19 from North Chungcheong Province, 18 from South Jeolla Province and 14 from Gwangwon Province.

Among virus clusters, nearly 70 people have been infected with the new coronavirus in cases tied to a Seoul cram school in western Seoul. They were barred from Saturday’s state-run teacher employment exam.

Infections from a sauna in southern Seoul added 27 more cases, increasing the caseload to 41, while a total of 90 people have tested positive for the novel coronavirus in connection to a middle school and a fitness center in Gyeonggi Province.

The number of cases connected to a family gathering in Incheon increased by 12 to 41, while 32 cases have been confirmed to be related to a family meeting in North Gyeongsang Province.

The KDCA said 91 people have tested positive for the virus in a nationwide examination on nursing hospitals and day care centers.

The number of new imported cases came to 25, down from 43 the previous day.

Of the newly confirmed imported cases, 12 were from the United States, followed by three from Japan. The total number of imported cases is now at 4,380.

The country reported two additional deaths from COVID-19, raising the total to 503.

More deaths could be reported down the road as the number of seriously or critically ill COVID-19 patients came to 86, up two from Friday.

The number of people released from quarantine after making full recoveries came to 102, raising the total to 26,365.