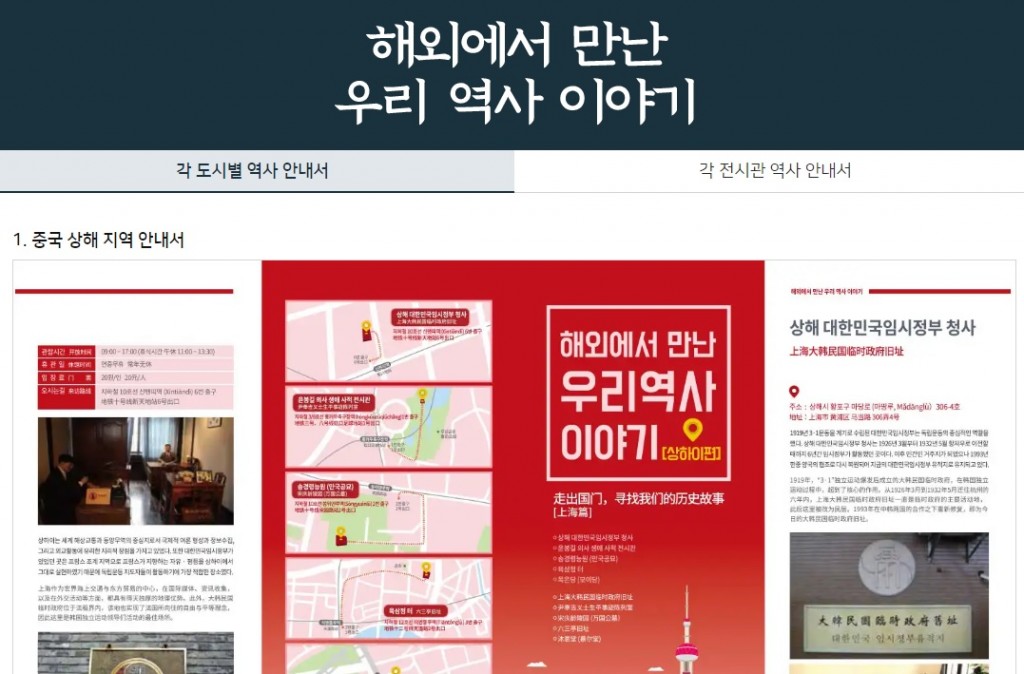 The website was opened in celebration of the 100th anniversary of the March First Independence Movement and the establishment of a provisional government in the Republic of Korea.

It is known that two have continuously donated Korean language guides to the Korean Independence Movement sites that remain in the world. The newly opened website is for the eyes of the public.

The website has two sections. The ‘City History Guide’ introduces the historical sites of independence movements in each city.

The website is expected to feature additional content through a series of regular updates. Currently, efforts to preserve the remains of independence movement sites overseas have been poor.

Seo noted that the best way to protect the remains of the independence movement in other countries was to take an interest in them and visit them.