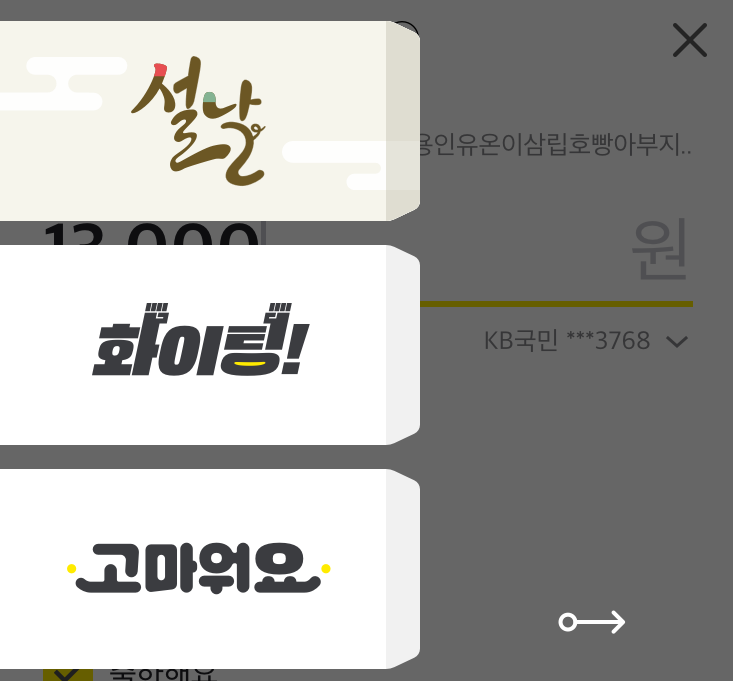 Kakao Pay launched a special New Year envelope service to allow users to send money in an envelope with a selection of messages on Kakao Talk, South Korea’s No. 1 messaging app, from Jan. 28 to Feb. 10, 2019. (image: Kakao Pay)

SEOUL, Feb. 3 (Korea Bizwire) — Kim Seung-hwa usually visits banks at this time of year to get crisp new bills to prepare to give Lunar New Year’s cash gifts to her relatives.

This year, the 37-year-old office worker in Seoul deposited 300,000 won (US$267) in her digital wallet, Kakao Pay, so she could wire money to her mom and teenage cousins who live on the southern island of Jeju.

“I sent 200,000 won to my mom and shot 50,000 won to each of two of my cousins via Kakao Talk messenger in a digital envelope with a message wishing them a happy new year,” Kim said, before hopping to a plane to Taiwan for her holiday.

“I heard that a bunch of tiny red lucky bags popped up when they clicked the message. They said it was a novel experience and fun as well.”

Kim is one of countless tech-savvy Koreans who are giving the digitized version of the traditional New Year envelope a try using mobile platforms.

This arrangement does away with the hassle of needing to withdraw physical money from banks, while allowing people to maintain the spirit and traditions associated with important holidays. 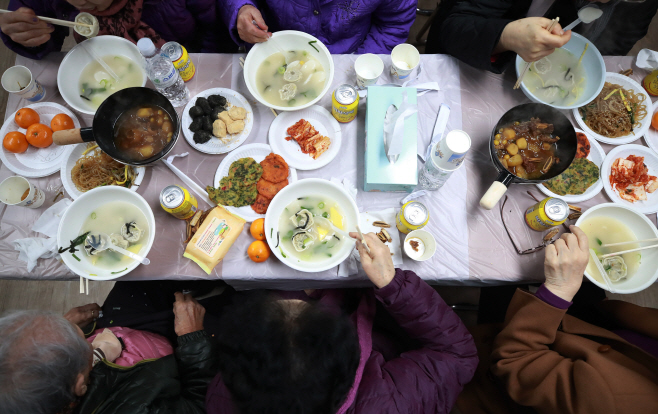 In South Korea, children and grown-ups bow deeply to their elders and receive gifts of money and share words of wisdom for the new year. Unmarried adults and elderly relatives sometimes receive envelopes stuffed with money as well.

Launched in 2014, Kakao Pay is a mobile payment service integrated with KakaoTalk, South Korea’s No. 1 messenger app with 43 million subscribers. It allows users to request and send money to people in their messenger contacts without bank account numbers.

As a growing number of city dwellers opt to stay at home or travel abroad during the traditional holiday season, South Korean IT companies have been trying to show people that online money exchanges can be just as fun when carried out through a smartphone.

According to a recent survey on 940 office workers by education company Hunet, 55 percent of respondents said they don’t plan to visit their hometowns and relatives during this year’s New Year holiday season, and instead plan to do nothing in particular and relax at home or enjoy leisure activities and traveling.

Observers here have said that as South Korea already has the highest rate of smartphone ownership in the world, it may be natural for people to feel at ease with the idea of digitized money envelopes.

“The fact that sending cyber money or gift coupons as presents, for weddings, birthdays and anniversaries of relatives and friends, is catching on is not really a surprise,” one market watcher said. He said such a development is also taking place in other countries.

A version of honoring tradition, while keeping up with the times, is also happening in China, where more mobile users are carrying out such transactions. Tech giants there are battling each other for the growing market for online giving of the red envelopes containing money given at holidays.

The company did not provide the specific number of online transactions in South Korea during past holiday seasons, but it highlighted that it has been promoting this convenient service to more users. 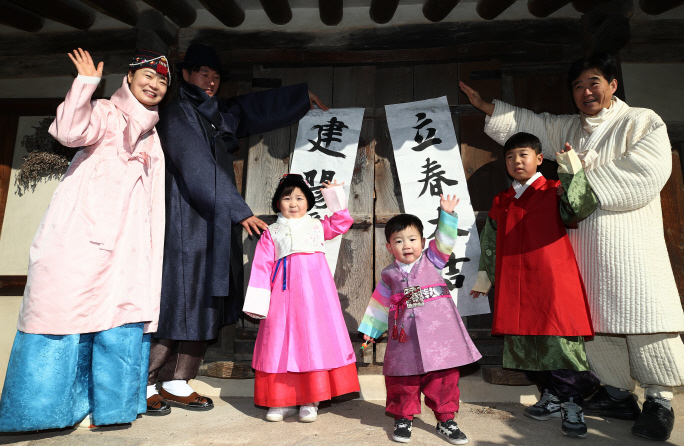 A family dressed in traditional clothes enjoys an outing ahead of the Lunar New Year holiday in Seoul on Feb. 1, 2019. (Yonhap)

On the back of aggressive marketing and promotions, the total value of mobile transactions on Kakao Pay surpassed 20 trillion won last year, jumping from 3.8 trillion won in 2017, according to the company.

This growth is noteworthy as Kakao Pay introduced its version of a digital envelope for the holiday in June 2017, hoping to leverage the event to promote its mobile payment service.

Despite the convenience of exchanging online gifts, elderly people and traditionalists say they still prefer to see their families so they can offer them good fortune and prosperity in person over a meal, which for ages has been the way people spend important holidays.

“For me, holidays are not just about giving and receiving presents. I want to see my grandkids and hold them in my arms, which makes me so happy,” Lee Yong-suk, a 64-year-old grandma, said.

“Eating meals prepared together, sharing each other’s stories, I think that’s what holidays are all about, something that has been passed on for centuries without disruption,” she said.