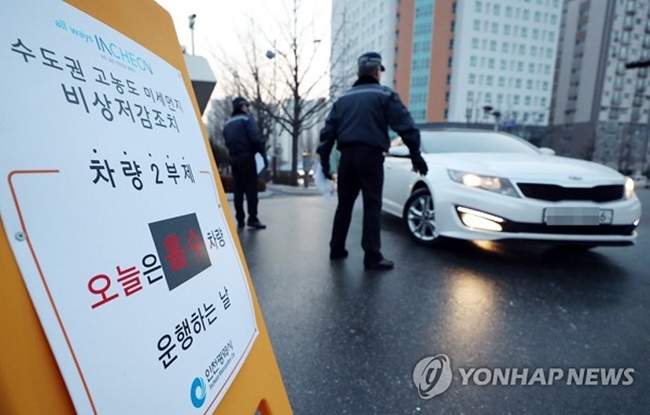 With environment ministry officials corroborating the announcement, the reports today were followed by both criticism and praise across online communities. (Image: Yonhap)

The Ministry of Environment announced on Wednesday that it is considering the idea of introducing a nationwide alternate no-driving day, and even making it mandatory, which means cars that drive on the wrong day could face a fine of up to 100,000 won.

With environment ministry officials corroborating the announcement, the reports today were followed by both criticism and praise across online communities.

One comment on Naver expressed frustration at the government’s hit-and-miss measure to tackle air pollution.

“I’m extremely frustrated. The government can’t say a word to the main culprit that is China, and is stressing out and causing inconvenience to the public,” the comment read, criticizing the no-driving day policy.

Another pointed out a loophole in the alternate no-driving day restriction, citing the logistics of traveling, for instance.

“Can we no longer travel somewhere for two or four days with a car? This is just another way to collect taxes,” the poster noted.

Others argued that the government should go after aging trucks, instead of passenger cars.

However, some showed support for the government’s anti-fine dust measure.

“I agree with the policy. Though it might not be effective, we can’t just sit back and do nothing,” one user wrote on Naver.

“The government’s decision marks the severity of the fine dust issue. I’d like to see the government working with one of the main culprits – China – to jointly solve the issue,” another said.

Speaking to the media, one environment ministry official agreed that more people should be encouraged to use public transport and avoid driving their car to help tackle air pollution, while acknowledging that public consensus is crucial before making the no-driving day policy mandatory. 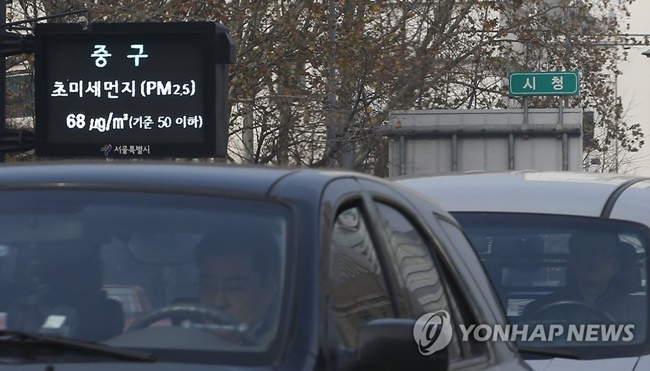 Last week, the government announced it would enforce a no-driving day restriction in response to heavy fine dust, dividing cars into two groups by plate number and prohibiting one group from driving every other day in the capital city.

Though the measure comes into effect when ultra-fine dust levels exceed 51 micrograms per cubic meter for 16 hours as of 4 p.m., the premature implementation and the effectiveness of the policy could cause controversy in the future.