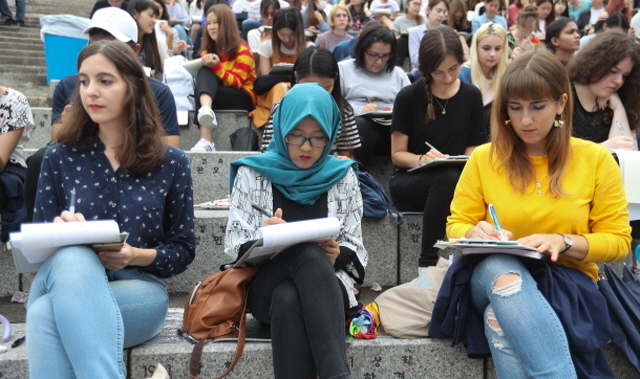 SEOUL, Feb. 5 (Korea Bizwire) — The number of foreign students enrolled in South Korea showed a record-high growth rate last year, propelled by a rise in those from China, a tally from a state-run educational body showed Monday.

The number of foreign students registered at South Korean universities rose 18.8 percent from a year earlier to 123,850 as of April last year, according to the National Institute for International Education, which is affiliated with the education ministry. 70,232 of them attended degree programs, and the other 51,856 were enrolled on non-degree programs.

Chinese students took up the largest proportion — 80 percent — of foreign students enrolled in universities on South Korea’s resort island of Jeju. But their ratio in universities in the southeastern city of Ulsan came to 27 percent, while students from Vietnam accounted for 21 percent in the same city.