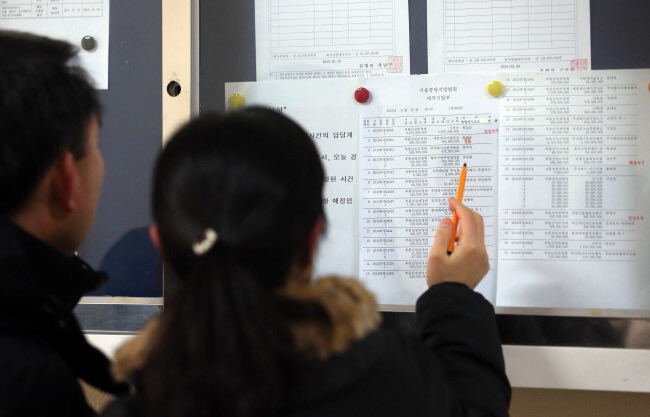 Most of the court auction properties were real estate properties such as residential houses, commercial buildings, land and factories. (Yonhap)

SEOUL, Sept. 25 (Korea Bizwire) — As the COVID-19 pandemic drags on, the number of public auctions is picking up again in South Korea.

According to an analysis of the Supreme Court’s auction information site by the real estate information platform Gzone, the number of court auctions fell to 7,317 in May and 7,638 in April after peaking at 8,951 in February.

Most of the court auction properties were real estate properties such as residential houses, commercial buildings, land and factories. Also included were movable assets such as automobiles.

“The rebound in the number of court auction cases indicates the increase in the number of marginal borrowers who have difficulty in making repayments on time due to the prolonged recession caused by COVID-19,” said Shin Tae-soo, head of Gzone.

During the January to August period of this year, the number of properties sold through auctions at courts across the country totaled 31,465, worth an aggregate 7.23 trillion won (US$6.18 billion).