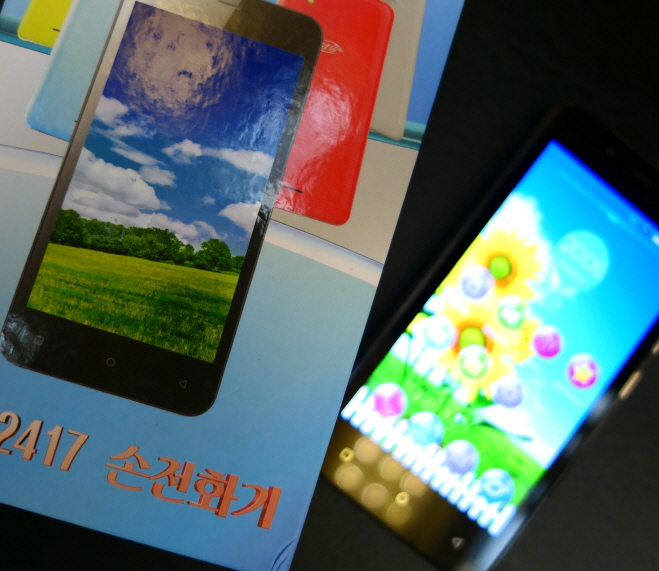 Large cities, including Pyongyang, have a mobile phone penetration rate of 50 to 70 percent. (image: Yonhap)

SEOUL, Dec. 20 (Korea Bizwire) — With the active use of mobile phones in North Korea increasing, suggestions have been made that the two Koreas should cooperate to introduce mobile financial services in North Korea and ultimately create a unified Korean Peninsula network.

According to the IBK Economic Research Institute on North Korea, there are approximately 6 million subscribers of mobile phone services in North Korea at the moment.

Large cities, including Pyongyang, have a mobile phone penetration rate of 50 to 70 percent.

Along with mobile phone use, mobile shopping is becoming increasingly popular. North Korea already released a self-produced mobile phone similar to a smartphone in 2013.

It has been found that since then there have been an increasing number of purchases of products from the intranet shopping malls “Ok-ryu” and “Manmulsang” by charging telecommunication fees.

Such cases clearly show that North Korea is ready to adopt a mobile finance system, but still lacks the infrastructure.

Generally, smartphone users in North Korea pay a basic fee of 850 to 2500 North Korean won per month. Additional fees can be paid by visiting telecommunications offices, which are sometimes more than 20 km away.

In order to minimize user inconvenience, a number of solutions have been suggested. The first step is to install 20,000 ATMs for the purpose of paying for mobile communications.

The second step is to establish a mobile payment system using banking applications. This will ultimately enable comprehensive mobile financing.

It is necessary to expand the scope of information and finance being exchanged on the Korean Peninsula, but the focus should be on jointly developing a model customized for North Korea.

This means establishing a mobile financial center at the Kaesong Industrial Complex, and in the long term expanding the network across the peninsula.

Others argue that North Korea’s weak credit is worth discussing.

They argue that North Korea’s ability to handle loans should be studied, and that authorities should prepare for the possibility of North Korea defaulting on its financial obligations.