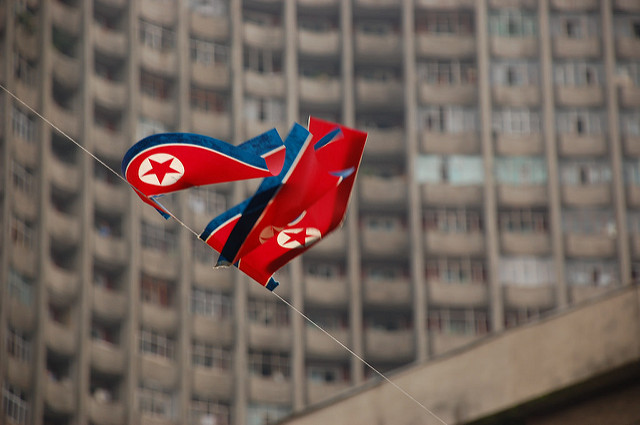 “One day Korea will be unified. When that day comes, I hope I can take you to my hometown to meet my friends, my family members – and as fellow human beings, not as opposing soldiers,” (image: Flickr/ (stephan))

Among the defectors were Ken Eom, 36, who spent most of his 20s in the North Korean military. When he returned home after his service, his family was long gone, having escaped to the South without telling him, a common practice to protect remaining family members from punishment.

Although angry at first, he lived on, until he was unable to join the Workers’ Party due to his “family background”. Upon realizing that he would struggle with the social stigma of being a family member of a defector, he decided to follow his family’s path.

“One day Korea will be unified. When that day comes, I hope I can take you to my hometown to meet my friends, my family members – and as fellow human beings, not as opposing soldiers,” he said, as quoted by the paper.

Yang So-hyen, who now lives in New Jersey, was another defector who spoke. She shared her experiences in North Korea, including melting a snowman representing a U.S. soldier with boiling water, and covering the windows of her home with blankets to watch banned foreign movies.

Yang’s family decided to escape the despot regime after Yang’s father was accused of being an anti-communist, and she still has clear memories of watching her father being stoned when she was a teenager.

The family escaped on their second attempt, and managed to apply for refugee status at the U.S. embassy in Bangkok, before being granted citizenship in 2013.

“This is my hope for all North Koreans – to live as human beings,” she said to the soldiers.

The event was arranged based on a suggestion from First Lt. Matthew McGowan, who volunteers for an organization called TNKR (Teach North Korean Refugees).

McGowan thought it would be a great opportunity for defectors to share their experiences with American soldiers, reminding the troops of why they’re stationed on the Korean Peninsula.

Stars and Stripes said the event was “a rare opportunity (for U.S. soldiers) to hear firsthand what it’s like to live in the North.”