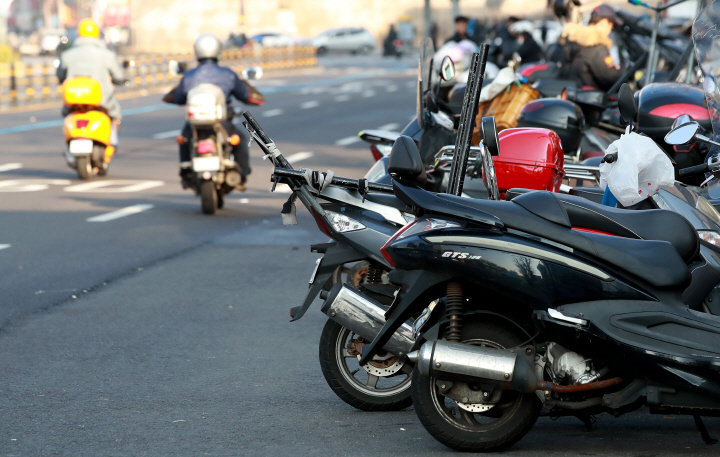 The Seoul Metropolitan Police Agency suggested that the spread of the culture of delivery through smartphone apps affected the increase in accidents. (Yonhap)

SEOUL, Sept. 4 (Korea Bizwire) — The number of motorcycles and other two-wheeled accidents is on the rise due to the increasing popularity of delivery culture.

Traffic accidents involving two-wheeled vehicles in Seoul totaled 6,404 this year as of August 31, according to the Seoul Metropolitan Police Agency (SMPA) Tuesday.

Compared with the same period last year, the figure represents an 11.9 percent increase.

As of August, the number of deaths from two-wheeled vehicle accidents stood at 40, accounting for 26.5 percent of all traffic deaths.

The SMPA suggested that the spread of the culture of delivery through smartphone apps affected the increase in accidents.

A total of 196 people were killed in traffic accidents involving two-wheeled vehicles between January 2016 and last month, with 28.6 percent of them in the delivery industry.

By age, people in their 20s were the most affected, and by day, accidents were more frequent on weekends when demand for delivery increased.

The fatality rate was 3.1 percent when a safety helmet was not worn, compared to 1.2 percent for those wearing a helmet, a significant difference.

As a result, the SMPA will carry out accident prevention activities in traditional markets and shopping districts where violations of two-wheeled vehicle regulations are frequent, for two months starting this month.