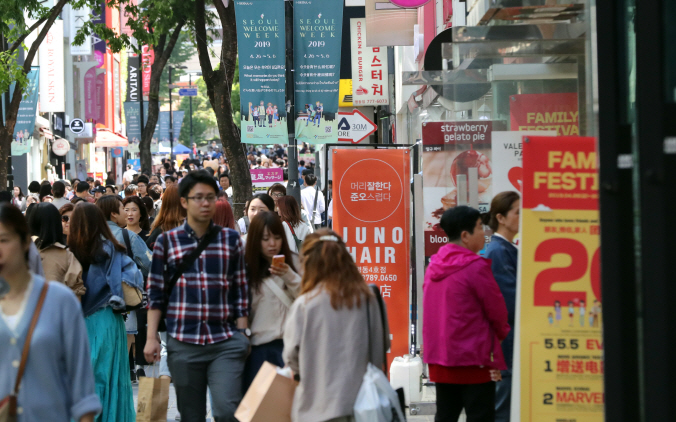 SEOUL, Nov. 11 (Korea Bizwire) — South Korea suffered a some 41 percent tumble in the number of visiting Chinese tourists over the past three years since its decision to deploy an advanced U.S. missile defense system here, a report said Monday.

A total of 4.79 million Chinese visited South Korea in 2018, down 40.6 percent from 8.07 million two years earlier, according to the report from the Federation of Korean Industries (FKI).

In contrast, the number of Chinese tourists to Japan surged 31.4 percent to 8.38 million over the cited period, indicating Tokyo benefited from a standoff between Seoul and Beijing over the missile defense system.

Yet the number of Chinese visitors to South Korea spiked 27.1 percent on-year to 4.44 million in the first nine months of this year as Beijing partially lifted tourism controls.

Despite the THAAD row, mutual investments amounted to US$8.4 billion last year, up 38.2 percent from $6.1 billion two years earlier.

China accounted for 9.6 percent of South Korea’s total overseas investments in 2018, compared with 8.7 percent in 2016.