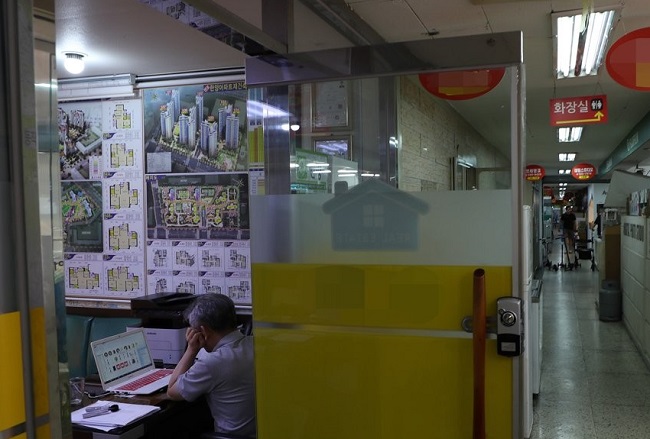 A total of 1,302 estate agencies newly opened across the nation last month, down 11.3 percent from the previous month, according to the data from the Korea Association of Realtors.

August marked the second consecutive month of on-month decline. The numbers were 1,468 for July and 1,488 for June.

In comparison, the number of closed and suspended real estate agencies edged up to 1,097 last month from 1,087 the prior month.

The contrasting figures were attributed mainly to a nosedive in the nation’s home transactions in August. Reports of housing transactions stood at 85,272 last month, down a whopping 39.7 percent from July.

Home transactions plunged in August as demand for home purchases sank in the wake of the coronavirus fallout and the government’s tougher real estate regulations to rein in soaring apartment prices.