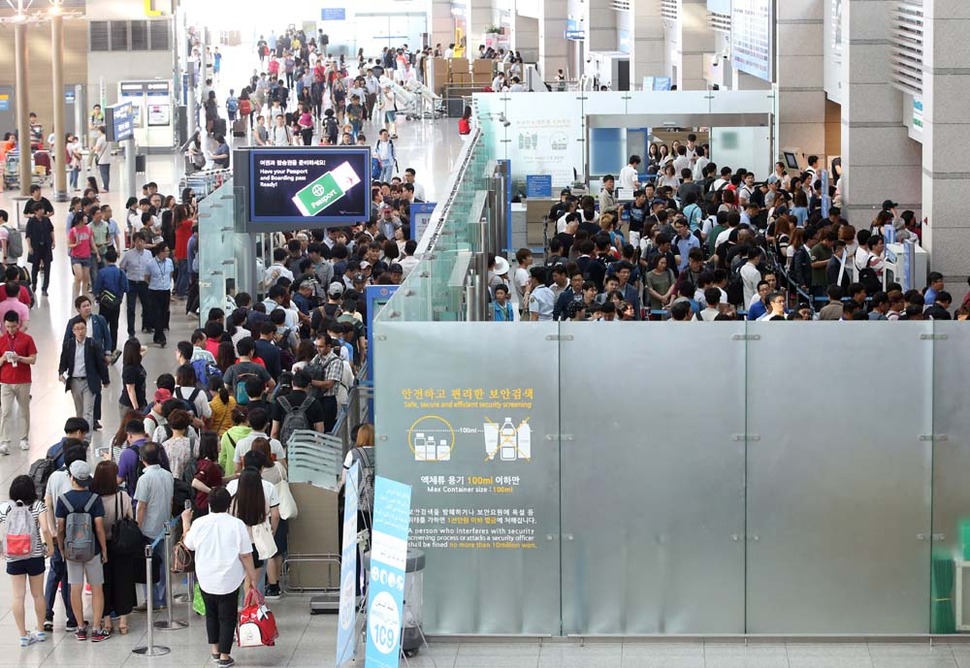 Data released by Statistics Korea on Thursday revealed the number of students in their 20s taking language courses in a foreign country also dropped along with the figures for teenage students. (Image: Yonhap)

SEOUL, Jul. 7 (Korea Bizwire) — South Koreans’ highly favorable attitude towards studying abroad might be coming to an end, as the latest figures show the number of students under 19 years of age who went abroad for academic purposes dropped by a third over the past nine years.

Data released by Statistics Korea on Thursday revealed the number of students in their 20s taking language courses in a foreign country also dropped along with the figures for teenage students.

The net international migration of South Korean nationals peaked in 2008, reaching 750,000, before the international financial crisis that hit the country in the same year triggered a decade-long steady drop.

Since reaching their peaks in 2007 and 2009, respectively, immigration and emigration among South Korean nationals have been on a steady decline.

The figures also showed the number of South Koreans who went abroad has shrunk across all age groups except for those over 60, with the downward trend particularly apparent among those in their 20s.

In the meantime, the number of children below 10 yeears of ag who went abroad last year more than halved compared to 2007, with the figures standing at 18,000 and 39,000, respectively.

“Since 2007, the number of students leaving the country to study abroad at an early age significantly diminished, which also saw the number of people coming back drop as a result,” a Statistics Korea official said.

“The number of twenty-somethings, particularly those in their late 20s, who went abroad has also decreased.”