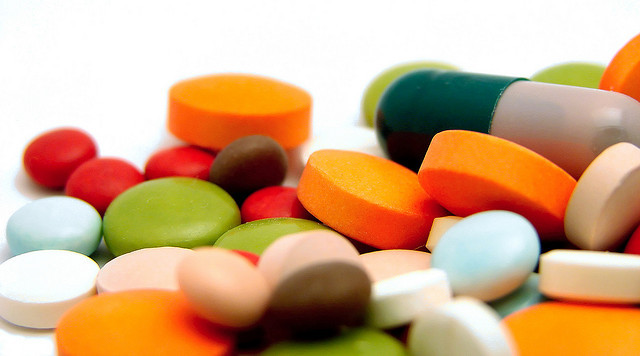 UPPSALA, Sweden, Apr. 20 (Korea Bizwire) — Paclical, a novel formulation of paclitaxel based on Oasmia’s XR-17 technology, was approved for treatment of (i.e., it received market authorization for) epithelial ovarian cancer in combination with carboplatin. XR-17 is non-toxic and forms water soluble nanoparticles with paclitaxel.

“After many years of significant efforts by everyone involved with Oasmia, it is with great satisfaction that we are finally able to announce the market authorization for Paclical in the Russian Federation and the CIS. Together with our partner Pharmasyntez, we plan to launch Paclical this fall and we hope for, and look forward to, a significant market impact”, says Julian Aleksov, CEO of Oasmia Pharmaceutical.

The Russia-based company Pharmasyntez holds the distribution rights to Paclical in Russia and will be responsible for marketing the product in Russia and the CIS (Commonwealth of Independent States) countries. CIS consists of Armenia, Azerbaijan, Belarus, Kazakhstan, Kyrgyzstan, Moldova, Tajikistan, Georgia, Uzbekistan, Ukraine and Turkmenistan. The market for cytostatics in Russia amounts to 2.05 billion with an annual growth rate of 36 % according to DSM, the Russian equivalent of IMS Health.

Standard treatment of ovarian cancer is Taxol in combination with carboplatin. Taxol is a combination of paclitaxel, Cremophor EL (polyethoxylated castor oil) and ethanol. In order to avoid hypersensitivity reactions to Cremophor EL, treatment with Taxol requires extensive pre-medication with corticosteroids and antihistamines as well as a long infusion time. In the recently published results from Oasmia’s pivotal Phase III study, Paclical showed a positive risk/benefit profile compared to treatment with Taxol; no need for pre-medication, the infusion time is one hour and possibly a reduced risk of experiencing neuropathy.

“As we are one of few Russian Pharmaceutical companies who are committed to research and development of new chemical entities and innovative and novel drugs, we are very excited that Paclical is now authorized for the Russian market. There is considerable demand for novel cancer therapies in Russia and we are very pleased to be able to provide patients with a treatment that has a positive risk/benefit profile compared to standard treatment”, said Vikram S. Punia, President OAO of Pharmasyntez.

The market authorization is based on results from the Phase III study with Paclical on epithelial ovarian cancer conducted in 16 countries, but with approximately 45% of the patients being Russian, Paclical is already well-known by Russian oncologists. The primary objective of the Phase III clinical study, which consisted of an aggregate of 789 patients, was to show non-inferiority of Paclical (250 mg/m2) versus Taxol (175 mg/m2), both in combination with carboplatin. Tumour response and progression was assessed using a biomarker, CA 125, evaluated centrally according to GCIG-criteria, (Gynaecological Cancer Intergroup).

The two leading paclitaxel-based products on the market are Taxol and Abraxane, two widely used cancer drugs. Taxol indications are breast cancer, non-small cell lung cancer, pancreatic cancer, ovarian cancer and AIDS-related Kaopsis sarcoma. Taxol generated $1.6 billion in sales in 2000 alone, prior to losing its patent protection in 2001.  In 2013, Taxol generated $92 million in post-patent sales.  Abraxane, which received FDA approval in 2005 for metastatic breast cancer, followed by approvals for lung (in 2012) and pancreatic cancer (in 2013), generated $649 million in worldwide annual sales in 2013 and $848 million in 2014.

Paclical is a water-soluble formulation of the well-known cytostatic paclitaxel combined with Oasmia’s excipient technology XR-17. Paclitaxel is one of the most widely used anticancer substances and is included in the standard treatment of a variety of cancers such as lung cancer, breast cancer and ovarian cancer. Paclical consists of a freeze-dried powder dissolved in conventional solution for infusion. It has orphan drug designation in the EU and the US.

The company was founded in 1997 and is now one of the ten biggest pharmaceutical companies in Russia. Pharmasyntez specializes in drugs against tuberculosis, but also manufactures antibiotics and solutions for infusions. Furthermore, the company cooperates with a number of leading institutes and universities in Russia.

Oasmia Pharmaceutical AB develops new generations of drugs in the field of human and veterinary oncology. The company’s product development aims to create and manufacture novel nanoparticle formulations and drug-delivery systems based on well-established cytostatics which, in comparison with current alternatives, show improved properties, reduced side-effects, and expanded applications. The company’s product development is based on its proprietary in-house research and company patents. Oasmia is listed on NASDAQ Stockholm (OASM) and the Frankfurt Stock Exchange (OMAX, ISIN SE0000722365).

This announcement contains forward-looking statements. These statements are based on expectations in light of the information that is currently available, as well as assumptions that are subject to risks and uncertainties that could cause actual results to differ materially from such statements. These risks and uncertainties include, but are not limited to, domestic and international economic conditions, industry and market conditions, and changes of interest rate and currency exchange rate, in general, and completion and discontinuation of clinical trials, obtaining regulatory approvals, claims and concerns about product safety and efficacy, technological advances, domestic and foreign healthcare reforms, and changes of laws and regulations, in particular, with respect to each of Paclical. The company disclaims any intention or obligation to update or revise any forward-looking statements whether as a result of new information, future events or otherwise. This announcement contains information on pharmaceuticals (including pharmaceuticals under development) but is not intended to, and does not, make any representations, warranties or claims regarding the efficacy or effectiveness of these pharmaceuticals or provide medical advice of any kind.