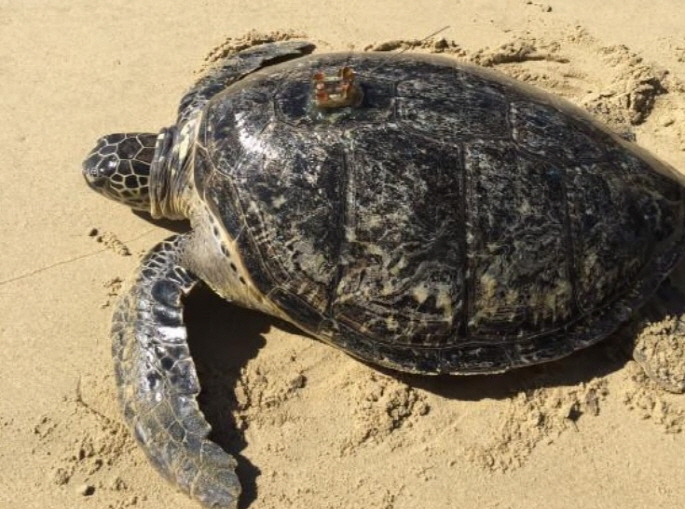 (image: Ministry of Oceans and Fisheries)

SEJONG, Aug. 27 (Korea Bizwire) — South Korea’s ocean ministry said Tuesday it plans to release 14 endangered sea turtles into waters off a southern island this week as part of efforts to preserve the species in the wild.

The sea turtles, including some that were rescued or brought into the country for research purposes, will be relocated to waters off Jeju Island, according to the Ministry of Oceans and Fisheries.

South Korea designated four species of sea turtles as protected animals in 2012, banning hunting or selling of the chelonians.

The government also has been rescuing and treating turtles caught in fishing nets, while seeking to increase the population through artificial incubation projects.

Jeju provides the optimal environment for sea turtles as the area has a plentiful supply of food, along with access to the Pacific Ocean, according to the ministry.

The beach where the turtles will be released is also clear of fishing nets.

South Korea successfully released 85 green sea turtles raised through artificial incubation into the ocean from 2017 to 2018. Another group of 11 newborn hawksbill sea turtles is also under protection, the ministry added.