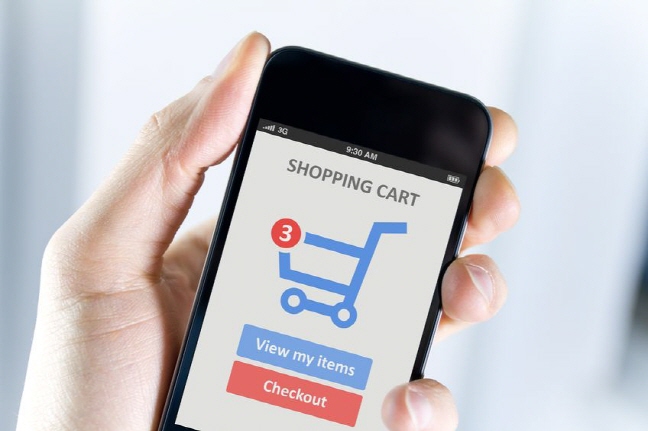 The development of various mobile shopping and payment apps on smartphones, which make shopping easier, contributed to the growth. (image: Korea Bizwire)

The combined sales of 26 major offline and online retailers reached 132.9 trillion won (US$113 billion) last year, according to the data compiled by the Ministry of Trade, Industry and Energy.

Of the volume, 13 online stores accounted for roughly 54.7 trillion won, up 14.2 percent from a year earlier, amid a rising number of consumers purchasing fresh goods using overnight shipping services.

The development of various mobile shopping and payment apps on smartphones, which make shopping easier, also contributed to the growth, they showed.

Among offline shops, convenience stores were the sole winners, with their revenue rising 4.1 percent on-year in 2019. On the other hand, sales at department stores and supermarkets slipped 0.1 percent and 5.1 percent, respectively.

For December, the sales of both offline and online retailers reached 11.78 trillion won, up 3 percent from a year earlier. Sales of offline stores lost 1.9 percent, while those of online shops jumped 10.5 percent.