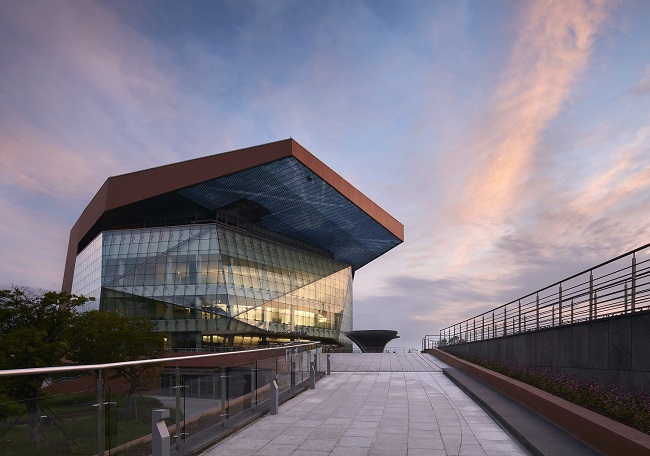 This photo, provided by the Incheon Free Economic Zone Authority, shows the classical music concert hall at the art center in the Songdo International Business District in Incheon, 40 kilometers west of Seoul.

INCHEON, April 26 (Korea Bizwire) – The developer of an international business district in the city of Incheon plans to break ground on a new opera house project there in 2023, officials said Monday.

The New Songdo International City LLC. (NSIC) plans to begin creating a general groundwork plan and feasibility study on the opera house project at the Songdo international business district in Incheon, 40 kilometers west of Seoul, next month, with a goal to finalize the plan by March 2022, according to the Incheon Free Economic Zone Authority.

The estimated 220 billion-won (US$197 million) project centers around the four-story opera house, with two basement levels and a seating capacity of 1,515, paired with a separate eight-story museum.

The NSIC, a joint venture of POSCO E&C and Hong Kong-based investment firm ACPG K-land Company Ltd., plans to begin construction in November 2023 and open the facility in December 2025.

The project is the second-phase initiative of the city’s broader culture infrastructure development project, named Art Center Incheon, which began with the launch of a 1,727-seat concert hall in 2018.

The envisioned opera house and the museum are expected to have total floor areas of 31,300 and 19,700 square meters, respectively.

“The previous concert hall has limits in attracting diverse art projects, as it is used exclusively for classical performances, but the opera house and the museum will help (the art center) evolve into a multiuse culture complex and become a tourist attraction representing Incheon,” an IFEZ official said.