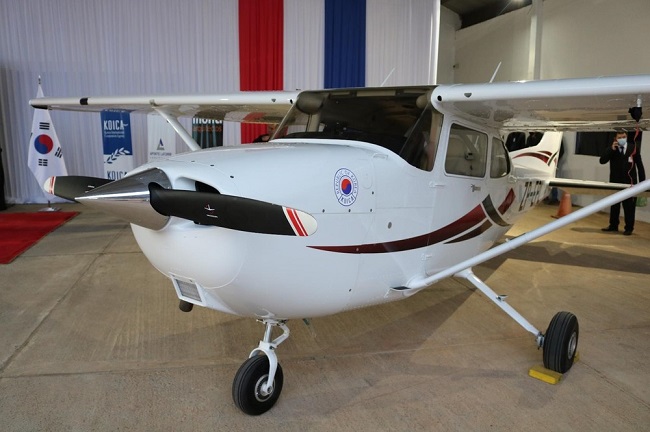 The Korea International Cooperation Agency (KOICA), a South Korea’s overseas aid agency, launched a project to set up a hangar for aircraft repair as well as an aviation training center featuring state-of-the-art aviation control systems in Paraguay through an investment of US$11.1 million by 2023.

The Paraguayan president attended the groundbreaking ceremony for these facilities held at the Silvio Pettirossi International Airport in Luque last week.

In a speech during his attendance, he voiced appreciation for the support of the South Korean government and the KOICA, while expressing his desire for the two countries’ relations to be cemented further.

In Paraguay, pilot training is led primarily by foreign-invested private companies. Since training costs are high, the supply of pilots is falling behind market demand.

Against this backdrop, the KOICA set up a master plan for the development of the Paraguayan aviation industry during the period between 2014 and 2017, and presented the strengthening of personnel capabilities as a priority task to improve the industry’s overall competitiveness.

In addition to the construction of the hangar and aviation training center, the agency also donated two Cessna 172S pilot training aircraft to the Paraguayan Aviation Authority.