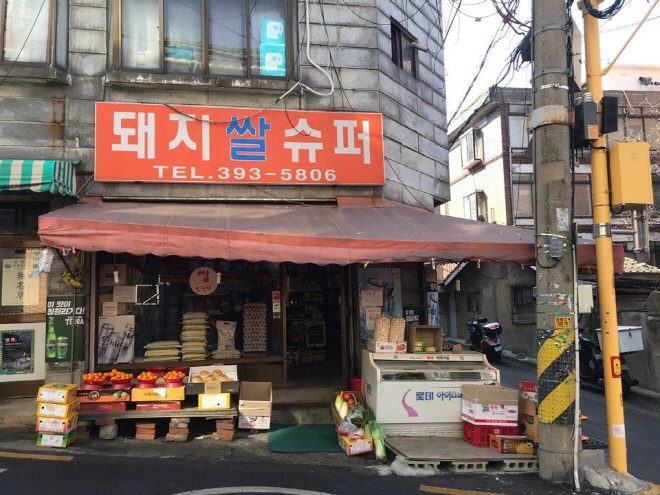 On Tuesday, fans were busy taking selfies in front of Sky Pizza, a family-run pizzeria that appears as Pizza Age in the black comedy. A placard with Bong’s autograph was on display at the pizzeria in the Dongjak Ward in southern Seoul.

Doijissal Supermarket, which means “pig rice supermarket” in Korean and appeared as the Woori Supermarket in the film, is also in the spotlight.

Kim Kyeong-soon, 73, and Lee Jeong-sik, 77, who run the mom-and-pop grocery in Mapo Ward in western Seoul said they were “elated” with the film’s victories.

“We were so elated by the awards that we couldn’t sleep,” the elderly couple said.

“Some people who claim to be film buffs came here, and a lot of foreign tourists have also visited to take photos and buy something,” they said.

The area near Jahamun Tunnel in central Seoul has also become a popular spot on social media.

“It’s a road that I often visit for walks, but after the awards, it feels more special,” said 29-year-old Park So-hyun, who lives in the hilly neighborhood.

“It feels weird that a place so commonplace to me will feel new to international fans,” Park told Yonhap. 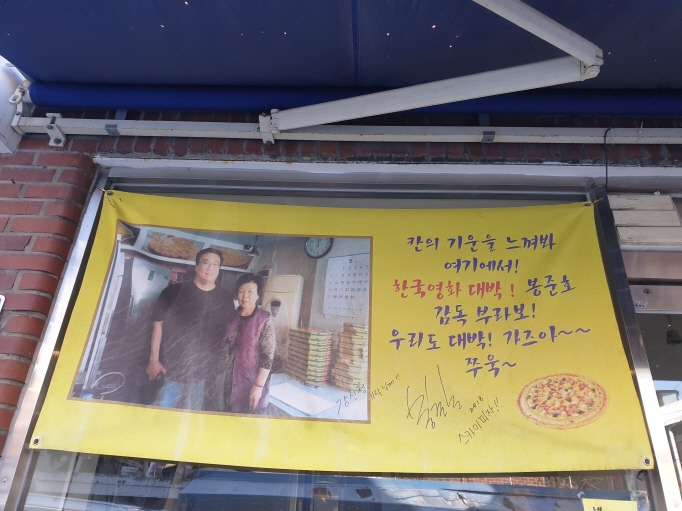 This placard on display at a pizzeria in southern Seoul shows Bong Joon-ho posing with the pizzeria’s owner. (Yonhap)

Park wasn’t the only one feeling “weird.”

Kim Ju-sam, 57, who runs a coffee shop near the tunnel said he shares the sentiment and also feels “proud.”

“Some of the crew came to my place for coffee during filming. To see a movie that I witnessed being made win such a big award feels strange but also gives me a sense of pride,” he said.

The Seoul city government has also introduced four spots that appeared in the movie on its website (http://english.visitseoul.net/hallyu/Parasite-tour-course_/32561) for tourists.

“We initially compiled the post last year but retweeted it following the Oscars win. Nothing’s decided at the moment, but we are reviewing plans to introduce walking programs for visitors,” said an official at the city government’s tourism department.

“Parasite,” which starkly highlights issues of wealth and poverty in Asia’s fourth-largest economy, scooped up four accolades at the Academy Awards held in Los Angeles on Sunday (local time).

Not only did it become the first Korean film to win an Oscars in the local film industry’s centennial history, it won both best international feature film and best picture for the first time in the Oscars’ 92-year history.