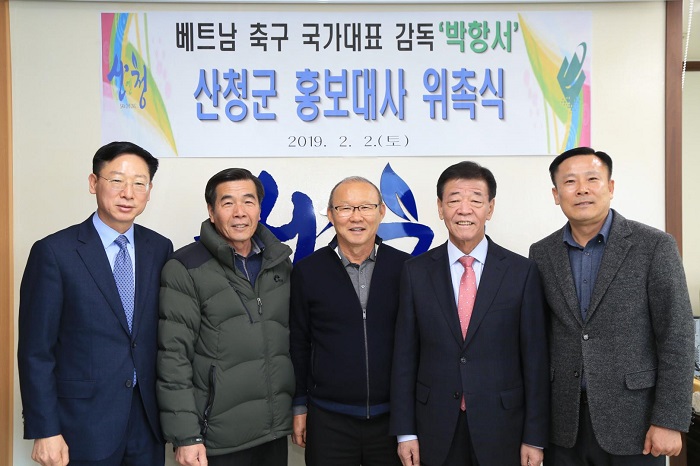 SANCHEONG, Feb. 7 (Korea Bizwire) — Sancheong County in South Gyeongsang Province announced on Wednesday that it had nominated Park Hang-seo as an honorary ambassador for the county.

Park, who became national hero for his success as the head coach of Vietnam national men’s football team, was visiting his hometown for the South Korean Lunar New Year holiday.

The county further announced plans to create a Vietnamese village in Park’s hometown. In the village, souvenirs will be developed and produced to attract Vietnamese tourists.

Park was born in Sancheong County in 1959, and started his career as a football player after graduating from middle school.