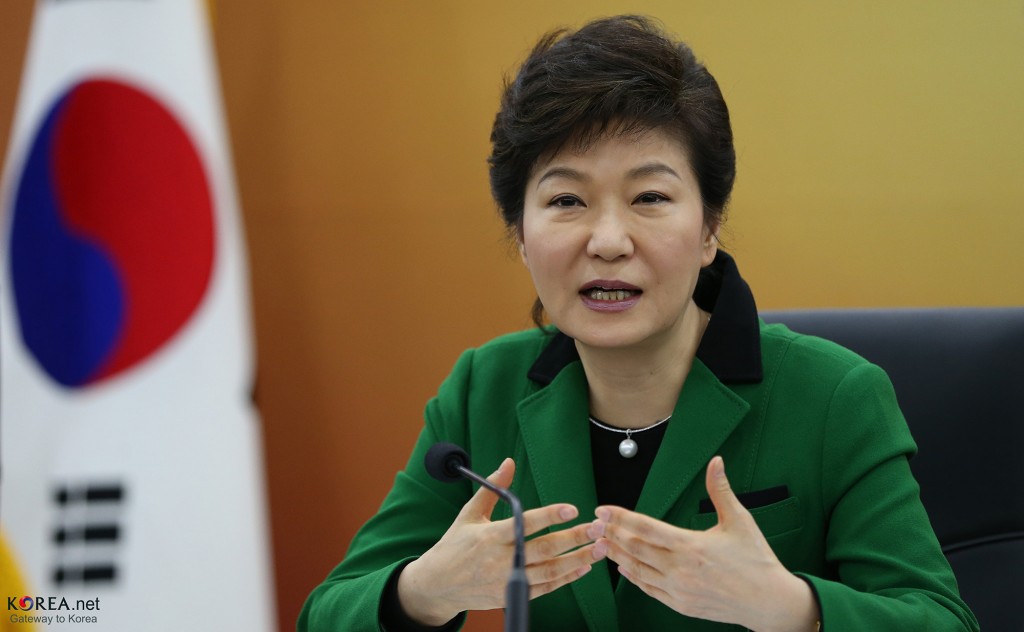 It marks the lowest figure for South Korean presidents in the pollster’s survey since 1988. The previous record was 6 percent held by late former President Kim Young-sam who ruled the country between 1993-1998. (image: Wikimedia)

Park’s approval rating, which remained at a 5-percent range for the past three weeks, began to fall again as new allegations of wrongdoing emerged and opposition parties set their push to impeach her in motion.

The survey was conducted on 1,004 South Koreans from Tuesday to Thursday with margin of error of 3.1 percentage points.

It marks the lowest figure for South Korean presidents in the pollster’s survey since 1988. The previous record was 6 percent held by late former President Kim Young-sam who ruled the country between 1993-1998.

South Korea’s three opposition parties, as well as some lawmakers from the ruling Saenuri Party are currently preparing for an impeachment motion against Park over the scandal involving her and confidante Choi Soon-sil, who exerted significant influence on state affairs without holding a government position.

By age group, Park’s supporters were non-existent in South Koreans in their 20s and 30s. The approval rating stood at 9 percent among those aged 60 and older, the data also showed.

In 2013, Park’s approval rating hovered around 40 percent, and gradually increased to reach a peak at 67 percent in September that year.

But Park’s standing started to tumble after the general election in April this year, falling to the 29-34 percent level, and began to plunge in October following the outbreak of the scandal.