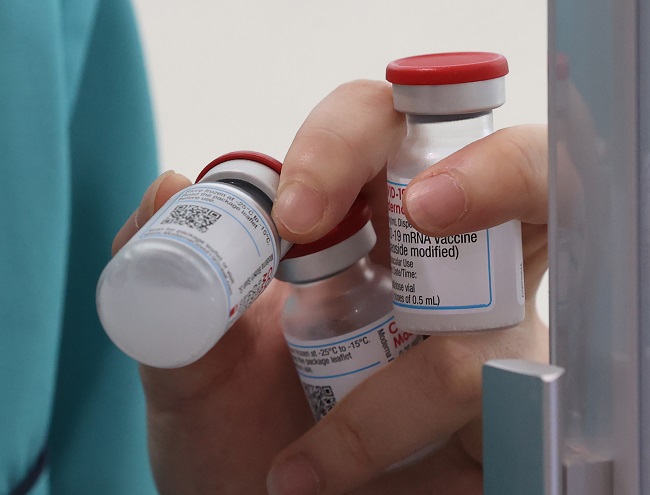 A medical worker prepares to administer Moderna’s mRNA vaccine at a hospital in eastern Seoul on July 26, 2021. (Yonhap)

SEOUL, Sept. 2 (Korea Bizwire) — A South Korean research team revealed that people who have been infected with coronavirus can develop enough antibodies with a single shot of vaccine, which normally requires two shots.

A research team from Myongji Hospital studied the developments of antibodies and other side effects of two medical staff who had fully recovered from COVID-19 and received the first dose of Pfizer Inc.’s COVID-19 vaccine.

The blood tests conducted in the second and fourth week following dehospitalization showed that they had developed both immunoglobins and neutralizing antibodies, which are normally produced after infection.

In March of this year, which was around 10 months after the infection, they received the first dose of Pfizer vaccine and also received the second dose of vaccine in early April.

The blood tests conducted three weeks after the first round of vaccines showed the heightened amount of immunoglobins and neutralizing antibodies, 30 to 40 times more than immediately after the infection.

The number of immunoglobins and neutralizing antibodies following the second round of inoculations stayed more or less constant.

The research team, however, said that a more elaborate study is needed to the exact dosage of vaccine for people who have recovered from COVID-19.