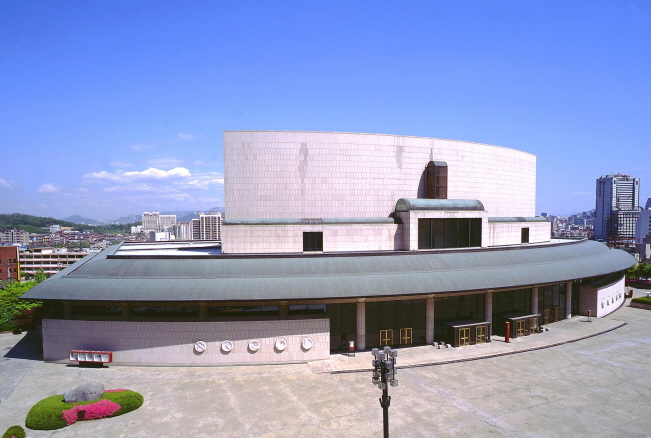 A photo provided by Seoul Arts Center of its building.

SEOUL, Feb. 25 (Korea Bizwire) — South Korean art centers and institutions have been canceling their planned performances and concerts as the country is struggling to prevent further coronavirus infections.

The Sejong Center for the Performing Arts in downtown Seoul said it will postpone or cancel its original shows and productions for one month.

But it said other scheduled concerts and recitals arranged by other arts troupes will take place as announced but asked the audiences to wear face masks before entering the center.

Seoul Arts Center, located in southern Seoul, said it has decided to delay its shows and exhibitions for a week, along with public lecture programs.

It has also asked organizers of concerts and recitals scheduled to take place there to put off or cancel them.

State-owned theaters and arts troupes, including the Korean National Ballet, will also suspend all of their scheduled performances for the time being.

English singer-songwriter MIKA called off his Seoul concerts on March 4-5, while American R&B singer Khalid also scrapped his plan to have a concert in Seoul on April 9.

On top of them, British rapper, singer and songwriter Stormzy, Australian singer Ruel and American jazz saxophonist Kenny G have also canceled or postponed their plans to perform in Seoul.

The South Korean government raised its alert level against the contagious virus to the highest grade last week, asking the public to refrain from outdoor activities.