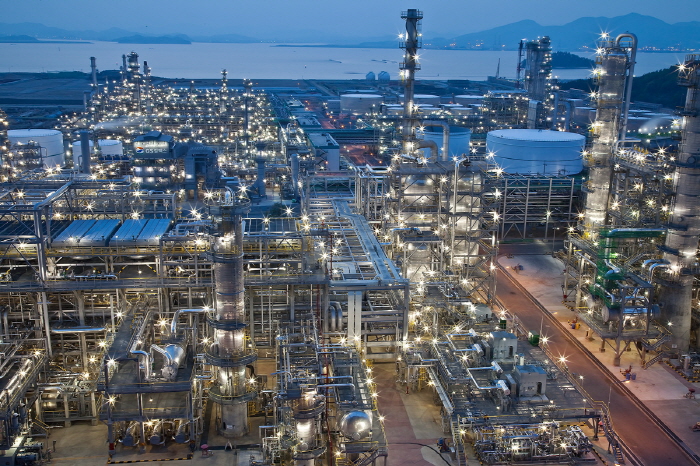 South Korea was the second-largest buyer of Iranian oil behind China after importing 387,000 barrels per day last month. (image: GS-Caltex)

SEOUL, Apr. 23 (Korea Bizwire) — South Korea’s petrochemical firms and refiners said Tuesday that the United States’ decision to end its sanctions waivers on Iranian oil imports isn’t likely to cause crisis in the industry, although short-term repercussions on their balance sheets appear to be inevitable.

The Donald Trump administration on Monday (local time) said it will not extend its temporary sanctions waivers on Iranian oil products that were granted to eight countries, including South Korea, in November.

After May 2, a country that continues to import oil from Tehran will face sanctions from Washington.

South Korea was the second-largest buyer of Iranian oil behind China after importing 387,000 barrels per day last month, according to Bloomberg data.

However, industry watchers said the latest U.S. embargo on Iranian oil will not hurt local firms much as they’ve been decreasing their dependence on Iranian oil.

Iranian crude accounted for 13.2 percent of South Korea’s total oil imports in 2017, but it plunged to 5.2 percent last year. For the first two months of 2019, Iranian oil had a 5.4 percent share of the country’s total imports, only the sixth-largest supplier after countries like Saudi Arabia and Kuwait.

“South Korean companies have been preparing for the end of U.S. sanctions waivers since last year because they knew that was going to be temporary,” a spokesman from Hyundai Oilbank said. “There’s not going to be a supply crisis, because we can replace Iranian oil with imports from Qatar, the U.S., Russia, Australia and other countries.”

However, industry insiders are concerned that local firms’ productivity and profitability will take a big hit, especially with their businesses that use Iranian condensate, an ultra-light form of crude oil that refiners use to produce petrochemicals.

“Nearly half of South Korea’s overall condensate import is from Iran,” Han Sang-won, an analyst at Daishin Securities, said. “The companies will operate their factories with condensate imported from other countries, but their profitability may fall due to increased costs.”

Iranian condensate has been favored by local petrochemical companies since it contains high naphtha yields compared to other grades. It’s also a couple dollars cheaper per barrel than condensate from other regions.

“Rising prices of condensate mean cost hikes for those who operate condensate fractionation units (CFU),” Shim Hye-jin, an analyst at Samsung Securities, said. “South Korean firms will brace for negative impacts if condensate prices go up, but its scale appears to be limited.”

According to a report from Samsung Securities, Hyundai Oilbank will take the biggest hit in its bottom line if condensate prices increase by US$1, followed by S-Oil and SK Innovation. GS Caltex doesn’t own a CFU unit.

The South Korean government said the U.S. measures are expected to have a limited impact on the industry but that it will come up with a plan to help the local oil firms.