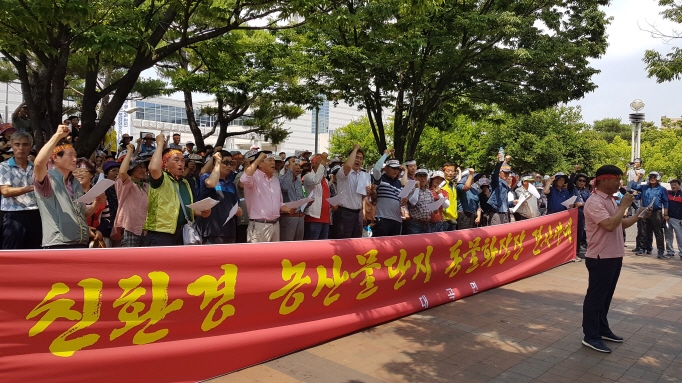 In the face of opposition from local residents, five municipalities within the province including Jinju City have reported opposition against the construction of a crematorium. (Yonhap)

JINJU, Jun. 26 (Korea Bizwire) — Conflicts are brewing in many parts of South Gyeongsang Province over the establishment of animal cremation facilities.

In the face of opposition from local residents, five municipalities within the province including Jinju City have reported opposition against the construction of a crematorium.

Some private companies are even filing administrative litigation against local governments that hold building permit rights.

Although the number of pet companions in the province is increasing exponentially, only six animal cremation facilities are currently in operation within the province, all of them private businesses.

Due to the lack of facilities, most pet carcasses are placed in garbage bags and incinerated with ordinary trash.

Cases involving animal hospitals disposing of dead bodies through medical waste disposal companies or through animal funeral parlors equipped with pet crematoriums are not common due to costly fees.

Therefore, as the number of companion animals has increased significantly in recent years, a growing number of private companies are also seeking to set up facilities for animal cremation with interest in animal funeral culture.

“An animal crematorium is not an illegal facility, and it is also environmentally safe. However, the crematorium is only regarded as an abomination,” said a businessman who wants to push for a crematorium.

“We need to find a way to secure proper facilities so that crematoriums do not spring up everywhere,” a provincial official said.