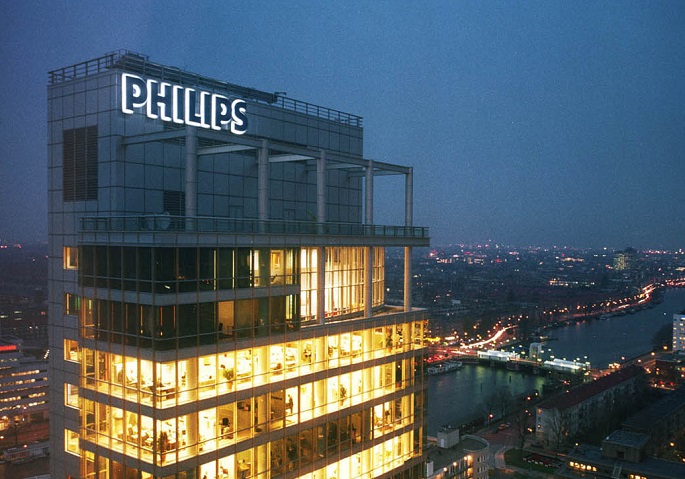 Philips has also announced that it will propose to the AGM the appointment of Mrs. Chua Sock Koong as a new member of the Supervisory Board. The appointment of Mrs. Chua (Singaporean, 1957) is recommended because of her in-depth knowledge of information technology and digitalization. She is the former CEO of Singapore Telecommunications Limited (Singtel), Asia’s leading communications technology group. During her tenure as Singtel CEO from 2007 till 2020, Mrs. Chua extended the company’s footprint to 21 countries, including Singapore, Australia, India and Indonesia, and led Singtel’s digital transformation. This included the digitalization of its core telecom business and the growth of new digital businesses. Prior to her appointment as CEO of Singtel, Mrs. Chua held various executive leadership positions, including the role of CFO.

As announced last October, Mrs. Indra Nooyi will also be proposed for appointment as a new member of the Philips Supervisory Board at the 2021 AGM. Mrs. Nooyi (American, 1955) is the former Chair and CEO of PepsiCo, a global food and beverages company with operations in over 180 countries. She was the chief architect of PepsiCo’s ‘Performance with Purpose’ pledge, and successfully delivered sustained growth by improving the nutritional value of the company’s products, limiting its environmental footprint, and empowering its associates and the people in the communities it serves.

Upon closing of the 2021 AGM, current Vice-Chairwoman Mrs. Christine Poon will retire from the Supervisory Board following the completion of her third consecutive term. In addition to the retirement of Mr. Van der Veer and Mrs. Poon, Mrs. Orit Gadiesh will step down from Philips’ Supervisory Board, after serving on the Board since 2014.

“I consider it a privilege to have served three terms on the Supervisory Board of Philips, ten years of which as Chairman,” said Jeroen van der Veer, Chairman of the Supervisory Board of Royal Philips. “I will hand over the reins to my successor Feike Sijbesma to lead the Board’s supervisory role as Philips delivers on its purpose of improving people’s health and well-being through meaningful innovation.”

Philips’ Supervisory Board will also propose to the AGM the reappointment of Marnix van Ginneken as a member of the Philips Board of Management. Mr. Van Ginneken is Philips’ Chief Legal Officer, and his reappointment is recommended in view of his broad knowledge of Philips and his extensive international corporate governance expertise, as well as the important role he has played in the Executive Committee since 2014.

“I am very pleased that Marnix remains available as a member of the Board of Management and as Chief Legal Officer,” said Mr. Van der Veer. “Providing valuable contributions on a wide array of subjects he has been instrumental in, among other things, managing Philips’ legal affairs, intellectual property and government affairs, and guiding execution of Philips’ strategic agenda and improvement of the company’s operational excellence.”

“On behalf of the Executive Committee and the Supervisory Board, I would like to express my deep gratitude to Jeroen van der Veer for his invaluable advice and partnership during Philips’ transformation into a health technology leader,” said Frans van Houten, CEO of Royal Philips. “I am also very grateful for the long-term counsel of Christine Poon during this important time, and would like to thank Orit Gadiesh for her much-valued support serving on the board. At the same time, we are pleased that Indra Nooyi and Chua Sock Koong are available to join as new members. As recognized global business leaders with deep expertise in areas ranging from sustainability to digitalization, their experience will be highly valuable as we progress on our journey to lead the transformation of healthcare with integrated solutions. We are also pleased to welcome Feike Sijbesma in his new role as Chairman. I look forward to continuing our mission to grow Philips together, aiming to improve the lives of 2 billion people a year by 2025.”

About Royal Philips
Royal Philips (NYSE: PHG, AEX: PHIA) is a leading health technology company focused on improving people’s health and well-being, and enabling better outcomes across the health continuum – from healthy living and prevention, to diagnosis, treatment and home care. Philips leverages advanced technology and deep clinical and consumer insights to deliver integrated solutions. Headquartered in the Netherlands, the company is a leader in diagnostic imaging, image-guided therapy, patient monitoring and health informatics, as well as in consumer health and home care. Philips generated 2020 sales of EUR 19.5 billion and employs approximately 82,000 employees with sales and services in more than 100 countries. News about Philips can be found at www.philips.com/newscenter.