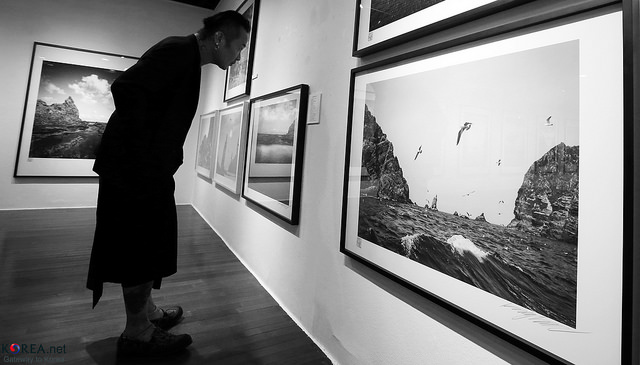 A three-week exhibit of the 55 photographs taken by a South Korean photographer, Kim Jung-man, will begin Thursday at the Korea Culture Center in central Beijing. (image: Republic of Korea/flickr)

BEIJING, March 21 (Korea Bizwire) — Scores of pictures of South Korea’s easternmost islets of Dokdo will be put on display in Beijing next week, the event’s organizers said Saturday, marking the first overseas photo exhibition of Dokdo.

Dokdo, which lies closer to South Korea in the body of water between the Korean Peninsula and Japan, has long been a thorn in relations between the two countries. South Korea keeps a police detachment on the islets, effectively controlling them.

Jointly organized by the foundation and the South Korean Embassy in Beijing, the photo exhibit of Dokdo is aimed at raising awareness about the islets, said Kim Hak-joon, president of the foundation, in a statement.

“Through the photo exhibition of Dokdo, I hope that Chinese people can jointly enjoy and share the beautiful sights of Dokdo, the cherished islets of Korea,” Kim said.

Japan has long laid claim to the islets, but South Korea has rejected Japan’s claim as nonsense as it regained its independence from Japan’s 1910-45 colonial rule and reclaimed sovereignty over its territory, including Dokdo.

All visitors can get into the exhibition for free, according to the statement.