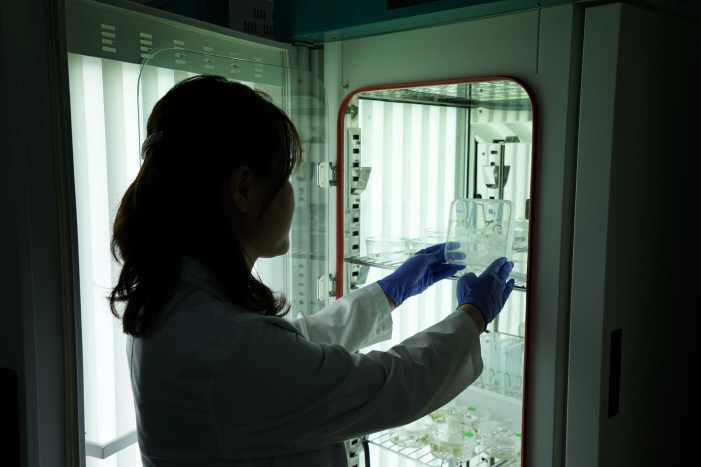 An experiment to investigate the germination of seed. (imageL Nuclear Fusion Research Institute

Plasma is a state that occurs when a gas is added with more energy. It is also referred to as the fourth state of matter, where electrons and ion nuclei are separated at high temperatures.

Plasma, which is also the core of nuclear fusion research, is expanding its application into industries such as semiconductors, displays, and alternative energy.

Currently in South Korea, the Nuclear Fusion Research Institute (NFRI) in Daejeon is leading the development of plasma technology.

The NFRI’s Plasma Technology Research Center in Gunsan, North Jeolla Province, is carrying out a “Plasma Farming” project that applies plasma technology comprehensively to the agricultural and livestock industries.

Plasma farming is the term first introduced by the NFRI. The main point is that plasma technology is used comprehensively in all processes from cultivating crops to the actual consumption of food.

This means that there is ample possibility for application in various areas of the farming industry.

“We are working with research institutes in North Jeolla Province to speed up the implementation of plasma technology-based smart storage systems,” said Kim Sung-bong, a senior researcher at the center who is in charge of the project.

“Our goal is to create a total solution that can store agricultural, livestock, and fisheries products in a new, fresh way.”