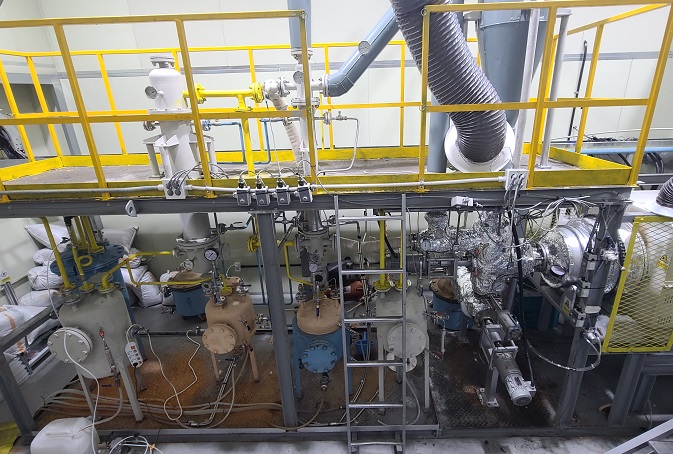 This photo provided by the Korea Institute of Energy Research shows its pyrolysis plant.

A research team from the Korea Institute of Energy Research announced Sunday that they had developed a new technology that can produce more oil from plastic bags by maintaining a certain temperature for an extensive period of time.

Other similar technology involves injecting 5 to 10 tons of base material into a single reactor, going through an extensive heating process to produce oil. The process can only be run once a day since the materials need to be cooled down after production.

The oil produced from similar technology is poor in quality, with a mere 30 to 40 percent production yield.

The research team used processed vinyl fluff as a base material for constant and rapid injection.

Since the fluff goes through consecutive reactions in the reactor at a constant temperature maintained with low energy, the new technology doesn’t require a separate heating or cooling process.

The research team explained that this new technology raises production yield to 62 percent, and is capable of producing 620 grams of oil from one kilogram of plastic bags.