Given the mileage of electric cars currently available ranges from 90 to 150 km, car owners must charge about 10 times a month. (image: KobizMedia)

SEOUL, Korea, Mar 23 (Korea Bizwire) — In a situation where it is still hard to find recharging stations for electric vehicles, car makers are rushing to introduce electric cars that can be recharged at home with 220-volt plugs. The Soul EV launched on March 11 offers a plug-in cable for home recharging. The Nissan Leaf, the model that sold more than 100,000 units worldwide, is also a 220-volt plug-in model. BMW also gives away a connector cable for its i3 electric car.

What’s strange is, however, the car makers don’t advertise that their electric vehicles can be recharged by plugging in on wall sockets at home. Why is that? That’s because although technically feasible the car owners may end up having to pay fortunes on electric bills if they do.

Above all, Korea Electric Power Co., Korea’s electric utility company, advises that doing so may cause safety problems. Normally the standard power supply for homes is about 3 kilowatts. That’s just enough for running a hair dryer and a vacuum cleaner at the same time. Let’s assume you recharge a 27-kWh electric car (based on Soul EV) by connecting the cable on a home wall socket.

Given it takes about 4 hours to fully recharge at a slow speed, the per-hour load would be 6.75 kW. Already that is way over the 3-kW limit for home power supply, triggering the switch-off of the circuit breaker. An official at Renault-Samsung said, “Although recharging can be done at home, we don’t advise it because it may damage your car.”

Even in fortunate cases in which the circuit breaker did not work, the car owner may face an electric bill shock a month later. The per-kilowatt-an-hour recharging rate suggested by the auto makers is about 100 won, meaning full recharging of a 27-kWh EV battery will cost only about 2,700 won. But this is just a rate charged at official EV charging stations. 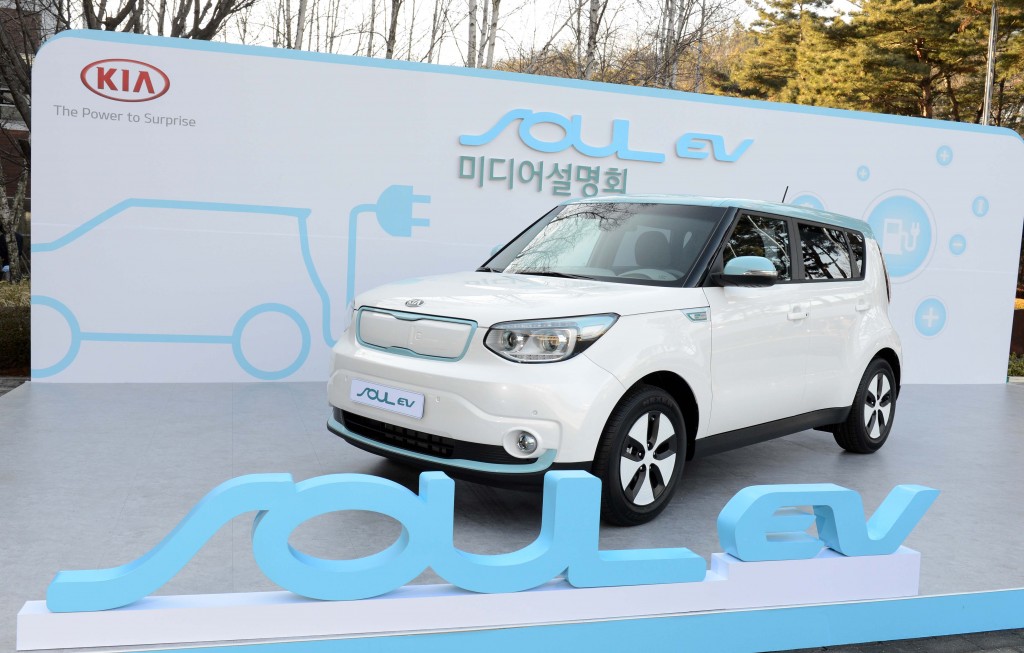 Whenever people use electricity at home, they pay the bill on a progressive scale. At the current rate scheme for residential customers, per-kWh price is 60.7 won for up to 100 kWh. But it goes up steadily as the electric power consumption rises. For those customers using more than 500 kWh, the rate is almost 12 times more at 709.5 won.

Then how much would it cost to recharge an electric vehicle a month? According to the Korea Transportation Safety Authority, the daily average mileage of privately owned passenger cars is 34.6 kilometers. Given the mileage of electric cars currently available ranges from 90 to 150 km, car owners must charge about 10 times a month. Based on again the 27-kWh EV battery, the 10 recharges will cost about 38,000 won including taxes.

But wait, you forgot about the progressive nature of home electric bill payment scale. Assuming that a family of three consumes 400 kWh of electricity a month, the total consumption would be 670 kWh including the 270 kWh to recharge the newly purchased electric vehicle. In this case, the monthly bill would be 273,800 won. That means you end up paying much more than driving a gasoline-fueled car.

A Korea Electric Power official said, “We haven’t introduced a scheme to give a discount to EV recharging at home and there is no plan to do so. Although a bit inconvenient, it is better to use official charging stations to recharge your electric vehicle.”

One thought on “Plug-in at Home EV Still a Pipe Dream, at Least in Korea”