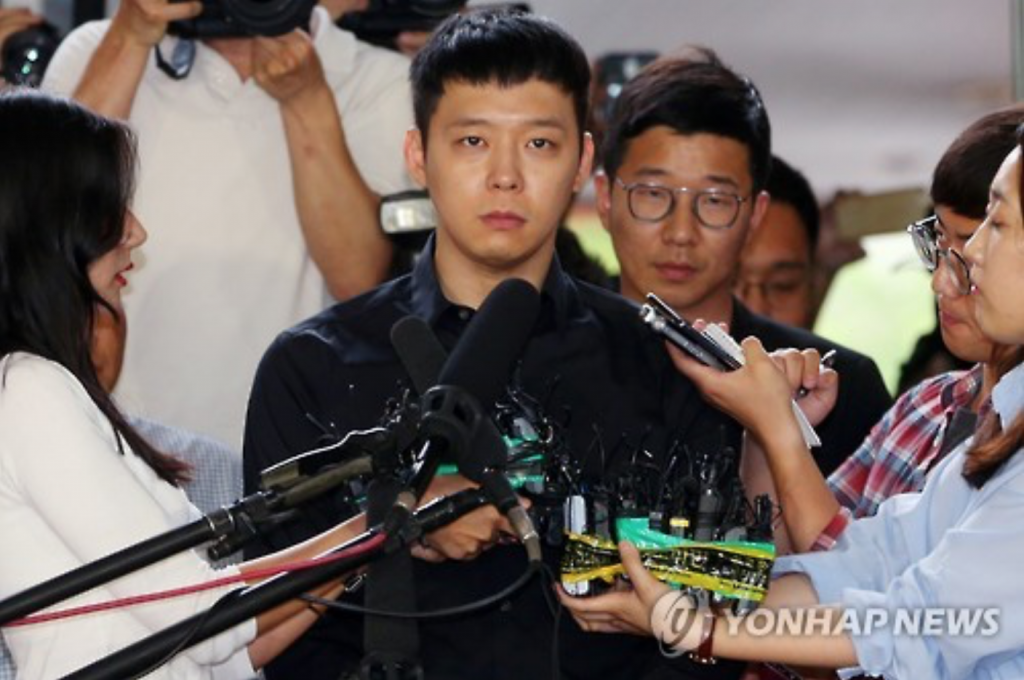 Park Yoo-chun, the troubled member of popular K-pop boy band JYJ, appears at the Gangnam Police Station in southern Seoul on June 30, 2016, to face questioning over sexual assault allegations, which have been rocking the local entertainment scene. (image: Yonhap)

SEOUL, July 15 (Korea Bizwire) – Police said Friday that Park Yoo-chun, the troubled member of K-pop boy band JYJ, is clear of sexual assault allegations but is being charged with prostitution and fraud.

The 30-year-old actor-singer has been mired in a scandal as four different women, all working at local bars, lodged complaints against him last month, claiming he raped them. One of the cases dates back to 2014, while the latest allegedly occurred in June.

Wrapping up a month-long investigation, police said they could not find evidence of coercion involved in the sexual encounters.

Still, Park is suspected of having sex with one of the women and promising some sort of compensation, but not keeping his promise.

Police said they secured text messages the woman sent to her acquaintance regarding the incident. She was also charged with prostitution.

Officers declined to give details on what promise Park originally made and which woman he made it to.

Park is flatly denying the charges, saying all the sexual encounters were consensual, according to the police.

The woman who filed the first complaint on June 10 dropped the case, but Park made a counterclaim, saying she falsely accused him of sexual assault. He also filed charges against the second woman for making similar allegations.

Among them, the first woman is also accused of threatening Park over the scandal. Police said they have secured circumstantial evidence of a money transaction between Park and the first woman who made the rape allegations, adding the purpose and details of the actual transaction are still under investigation.

“We make it clear again that Park Yoo-chun has not taken part in prostitution,” it said, adding it cannot accept police’s conclusion.

“We are again deeply sorry that Park was involved in such a disgraceful scandal while serving his military duty as a public agent,” it said.