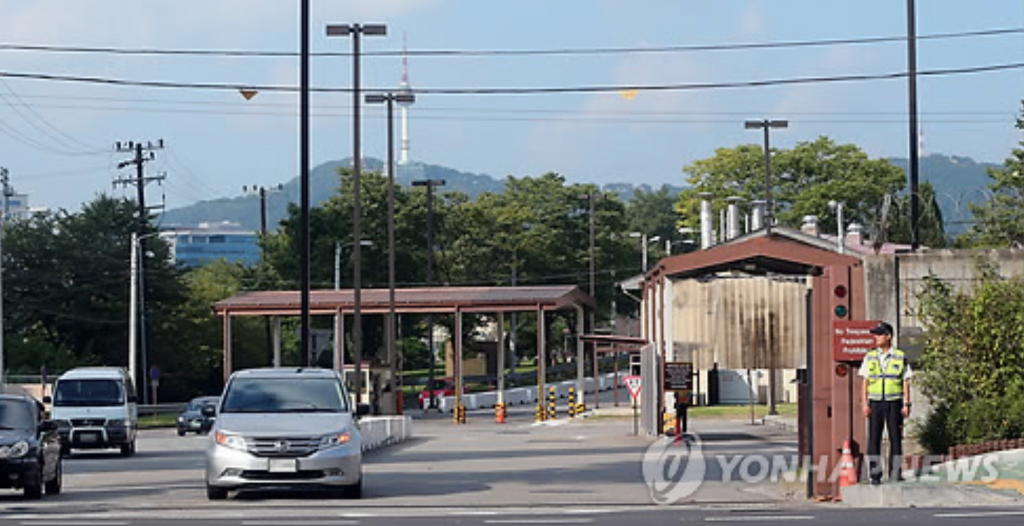 “Considering that the base will be returned (to South Korea) at the end of 2017, we need to establish plans on how we will clean up the pollutants,” the city government said in a press release. (image: Yonhap)

The Seoul Metropolitan Government said an average of 0.532 milligrams per liter of benzene was found around Noksapyeong Station, located near the U.S. Army base in Yongsan, central Seoul in 2016. The base has long been suspected as the source of oil leaks that have polluted both water and land.

The total amount of petroleum hydrocarbon (TPH) found near Camp Kim, within Yongsan Garrison, was 20.4 milligrams per liter on average and reached up to 768.7, which is some 512 times higher than the standard of 1.5 milligrams per liter, according to the city government.

Municipal authorities have been conducting a water table purification project since 2003, but petroleum-based contaminants have still been detected in water near the U.S. base, it said.

“Considering that the base will be returned (to South Korea) at the end of 2017, we need to establish plans on how we will clean up the pollutants,” the city government said in a press release. “But at the moment, we are not even fully aware of the circumstances surrounding the pollution.”

Earlier this month, the Seoul High Court upheld a lower court’s decision which ordered the environment minister to reveal the results of its joint probe with the USFK inside the base.

The two sides agreed in June 2013 to carry out several on-site investigations. The first was conducted in May last year, but the authorities did not release the results.