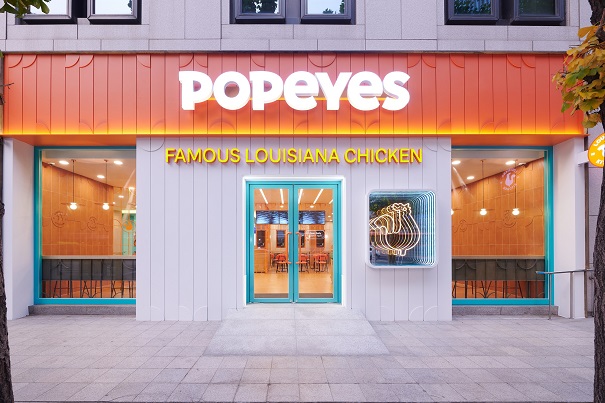 The new Popeyes Gangnam branch set to open on Dec. 16 is shown in this photo provided by the brand’s Korean operator, Silla Co. on Dec. 8, 2022.

Popeyes’ U.S. operator, Restaurant Brands International Inc., agreed on a master franchise agreement with Silla Co. and is set to open a store in Gangnam in southern Seoul, on Dec. 16.

Three Popeyes stores are scheduled to open in Seoul by the end of this year, with more to be added in the coming years, Silla said.

Popeyes will offer its Crispy Chicken Sandwich, which was a massive hit in the U.S. after its launch in 2019, on the menu at its Gangnam branch, it said.

Popeyes entered South Korea in 1994 and its number of branches once swelled to over 200, but it terminated operations in Korea in 2020 due to fierce competition and faltering sales during the pandemic.