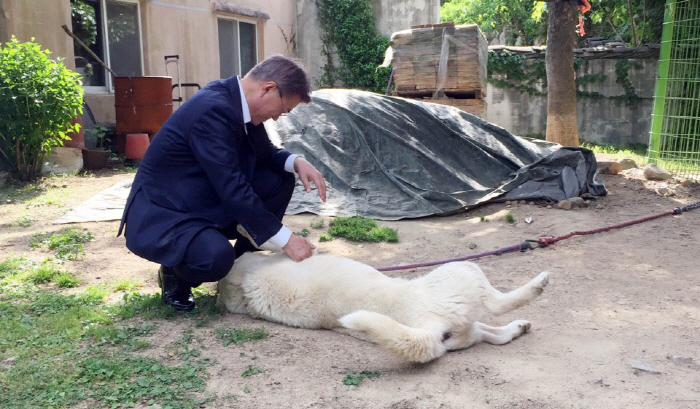 Maru, being an older dog, was also initially expected to stay at his original home, but it was ultimately decided that he would join the family after a health checkup. (image: Cheong Wa Dae)

SEOUL, May 29 (Korea Bizwire) – Maru, a Pungsan dog President Moon was raising before becoming president, officially became a first dog on May 25, and will spend the next five years with his family at the Blue House, an official confirmed on Saturday.

South Korea’s new president is famous for his love of animals, raising a stray cat Jjingjing and stray dog Jisoon as well as chickens at his home in Yangsan, South Gyeongsang Province. Rumor says he even has a habit of having lengthy conversations with his pets when under the influence.

Jjingjing became the first cat on May 14, although there was speculation that she might stay with Moon’s daughter outside the Blue House. Maru, being an older dog, was also initially expected to stay at his original home, but it was ultimately decided that he would join the family after a health checkup.

Moon’s other animal companions will be under the care of one of his acquaintances during his presidency. 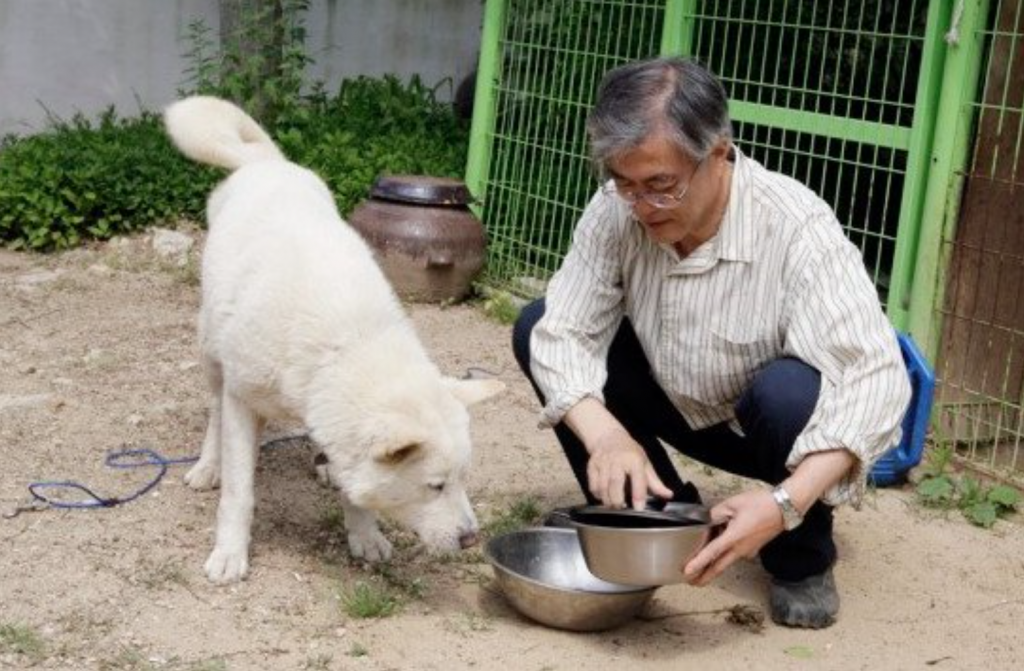 “After Jjingjing, we’ve also brought Maru (to the Blue House). The family is reunited. Jjingjing is still adapting to her new home, and spends most of her time indoors. But she holds on to me tight and refuses to let go whenever I’m watching the news on TV,” the president wrote on his Twitter account on Sunday. 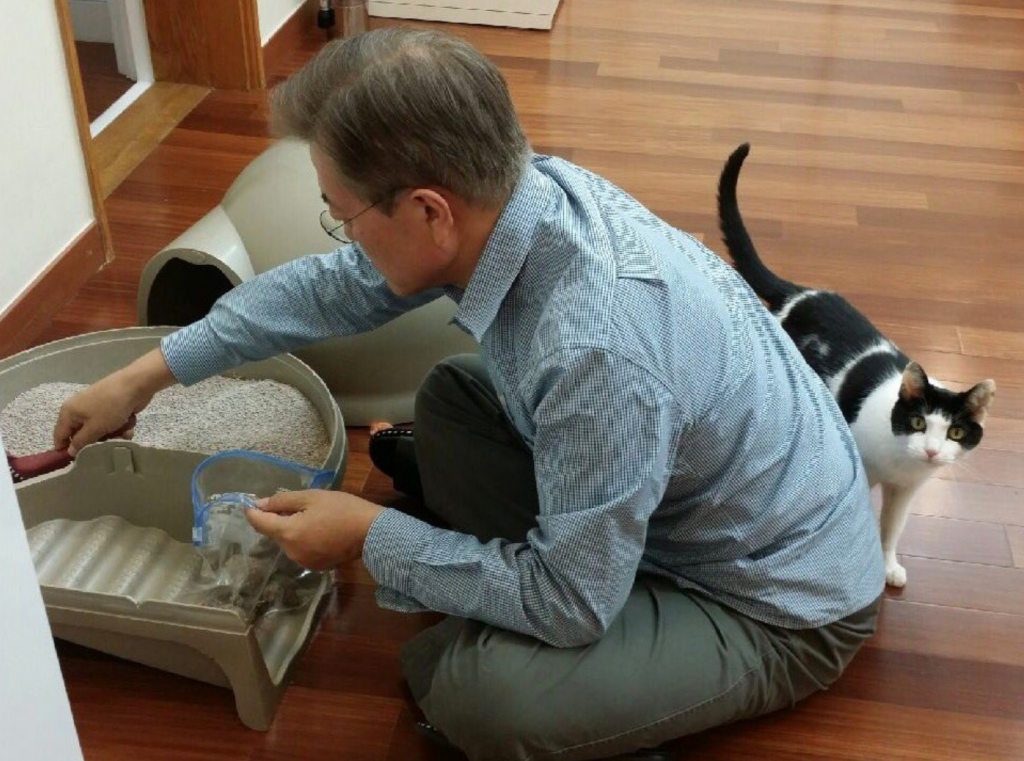 Jjingjing became the first cat on May 14. (image: Twitter)

Two weeks ago, Moon also said he would be adopting a stray dog, Tori, who was rescued two years ago by a local animal rights group and spared from being slaughtered for dog meat. Tori struggled to find a new family because of “less appealing” characteristics like having black fur and being a crossbreed. Moon is expected to finalize the adoption process soon.